Alvor beaches guide with the most recommended and most beautiful beaches 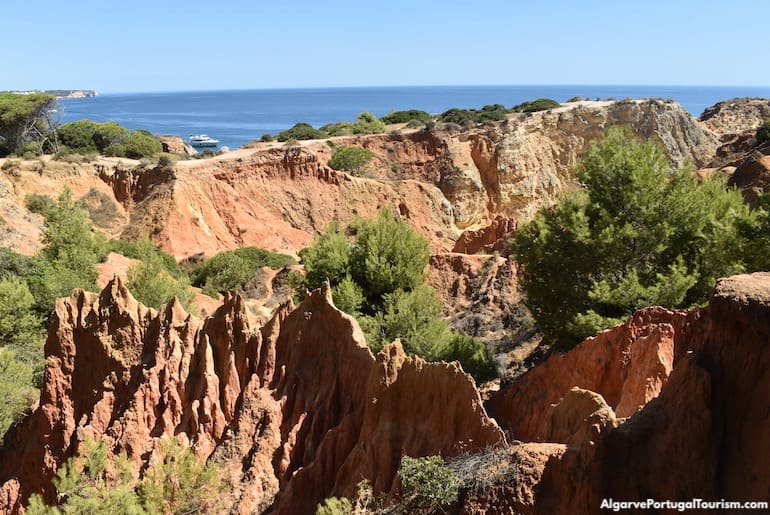 Alvor has some of the most beautiful and pleasant beaches in Algarve. It’s roughly in the middle of the very scenic coastline of ocher cliffs and massive rock formations that stretches from Lagos to Albufeira, but is a little quieter than its neighbors. There are several hotels along the coast, so it does attract a significant number of tourists, but with the exception of the two largest ones, its beaches are secluded and for those looking to relax surrounded by nature. 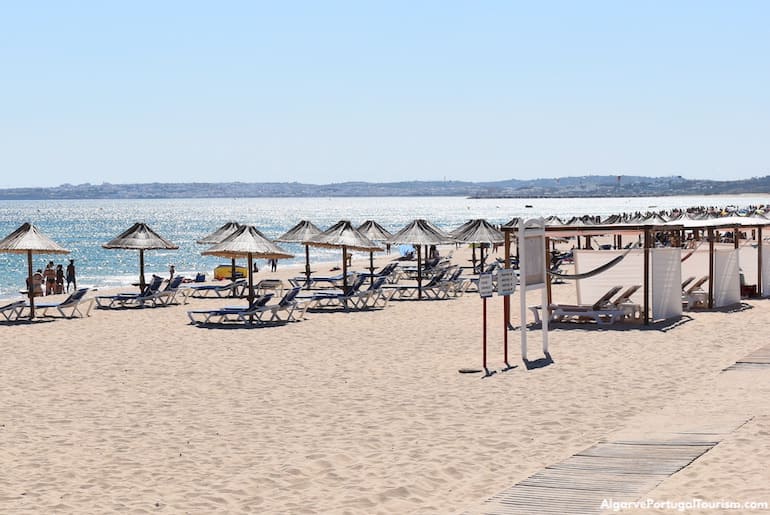 This is Alvor’s main beach. It’s within walking distance of the center of town, and stretches for 2km (over 1 mile). Unlike all others in town, it doesn’t have any rocks or cliffs. Instead, it’s backed by dunes, and a boardwalk nearby takes visitors through a nature reserve. Its middle section is covered with parasols and loungers in the summer and can get crowded, but if you keep walking west, you’ll find more space and quiet. 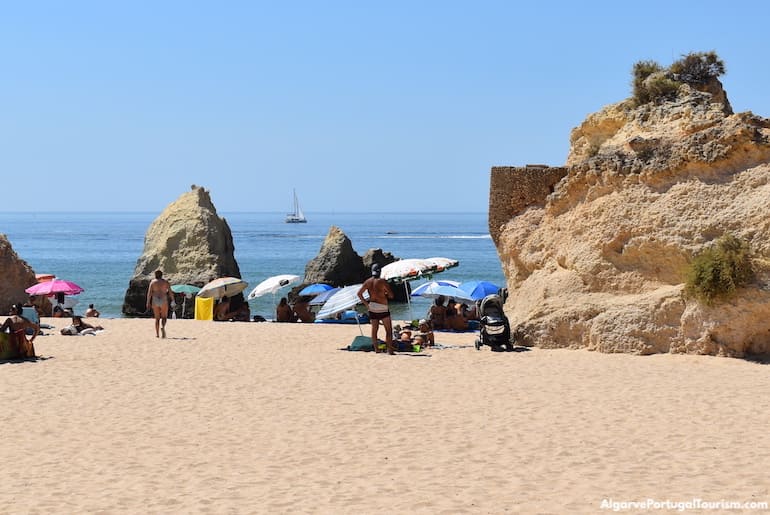 Half of this beach is a long stretch of dunes, and the other half is backed by a cliff and with a series of tall rock formations. Because of the scenic beauty, it’s the most popular beach in Alvor, and also attracts many tourists due to the number of hotels nearby. It’s a favorite of local families, who bring the kids to play in the shallower waters around the rocks. Those looking for a quieter atmosphere, find it on the western end. There are a couple of restaurants facing the sea, which are the perfect spots to end a day in the sun. 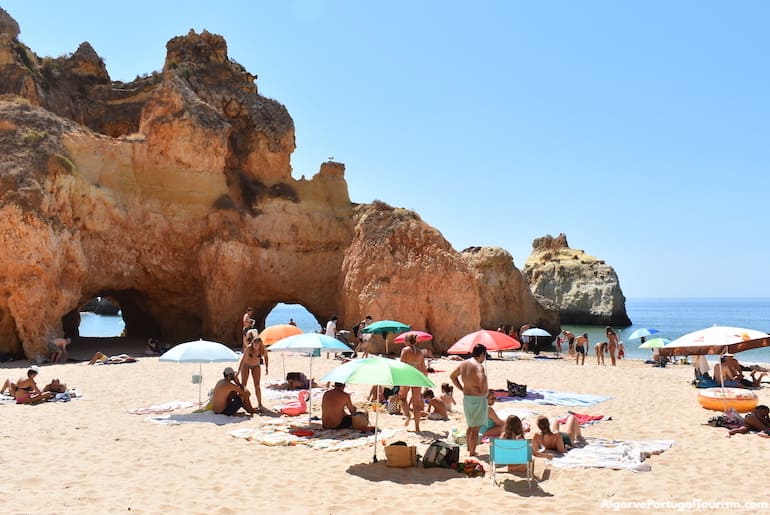 Prainha is even more beautiful than Praia dos Três Irmãos, its neighbor to the west. It can be reached via an elevator or steps hidden at the top of the cliff, but the neighboring beach provides the easiest access. Its different caves and rock formations are stunning and make it one of the most romantic beaches in Algarve. Don’t miss the breathtaking view from the clifftop. 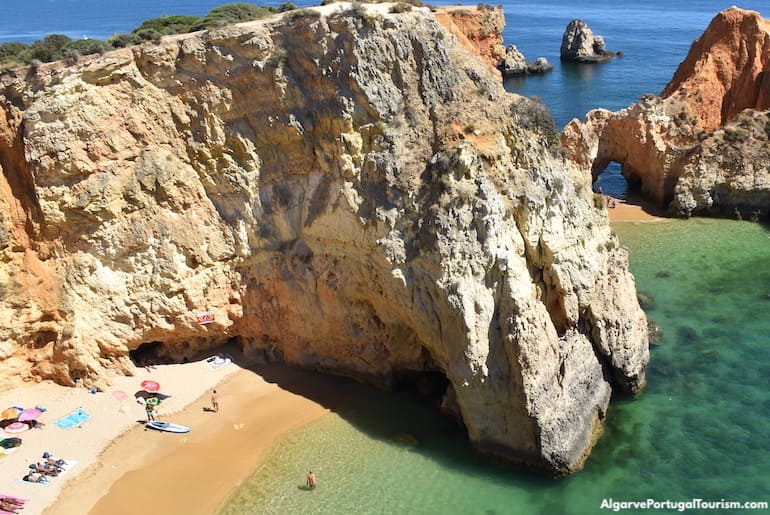 It’s one of Portugal’s most beautiful nude beaches and has grown in popularity. It’s hidden at the bottom of a cliff, and there are magnificent views from the top. To reach it, you have to follow the edge of a pine-covered promontory and then a trail down to the sand. The difficult access makes it a beach for the young and fit, so you’ll mostly see young couples, straight and gay. There are two sides, separated by a cliff and connected by a tunnel on the ledge. The water is usually calm and crystal-clear, so many people spend much of their time snorkeling, swimming or on inflatable boats. 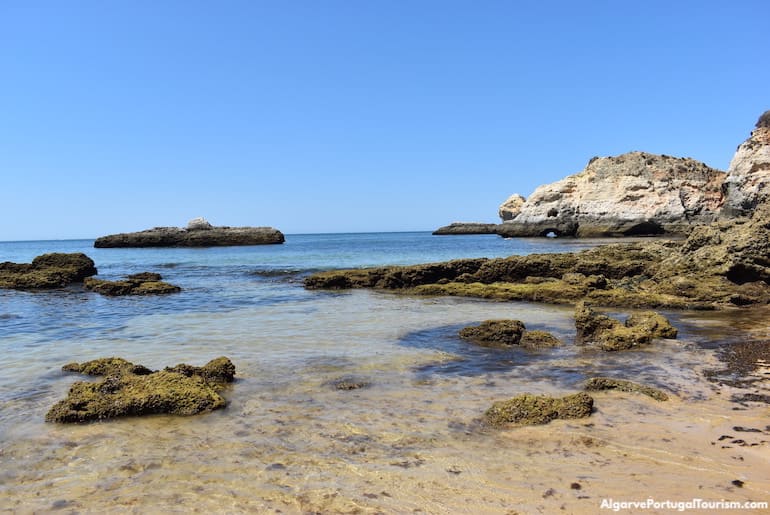 Named after a submarine-shaped rock emerging from the water, this “secret” beach is right next to João de Arens and is also frequented by naturists. It’s even more difficult to reach, and disappears when the tide rises. When you can make it down to the sand, it’s one of the best beaches to relax in peace and quiet, surrounded by pristine nature. When the tide allows it, arches and other openings carved by the sea lead to a splendid series of caves and coves.

It’s possible to walk over the clifftops and along the coast to the beaches of Portimão to the east. From the promontory of João de Arens your reach the beaches of Boião and Alemão in about 15 minutes, and from there you can follow the road or the walkways to Praia do Vau, Praia dos Careanos, Praia do Amado, Praia dos Três Castelos, and finally the huge and very popular Praia da Rocha. All these beaches are characterized by ocher rock formations and are very scenic. The walk from João de Arens all the way to Praia da Rocha takes about 45 minutes.