The best cities and villages to visit in Algarve 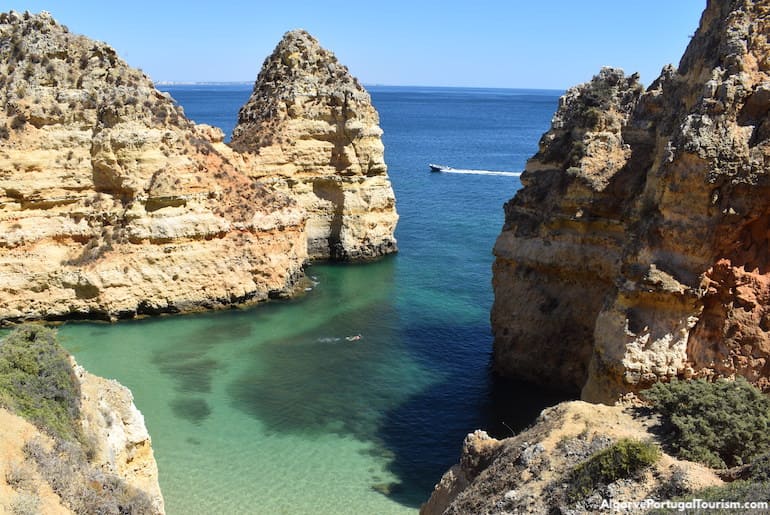 One of Europe’s most beautiful coastlines is found in and around this historic city. Images of its stunning natural beauty (made of ocher cliffs and spectacular rock formations) shared on social media have turned it into a must-see destination in Portugal. You can walk to a series of gorgeous beaches and discover others on boat or kayak tours. There are beaches for everyone, including surfers, children, naturists, and couples, straight or gay. The pretty Old Town is lined with outdoor restaurants and is home to a couple of noteworthy tourist attractions -- one of Algarve’s richest churches and a small museum dedicated to the Atlantic slave trade in what was Europe’s first slave market. While you can see the sights and the main beaches in one day or two, Lagos is a great base to explore the western coast of Algarve. 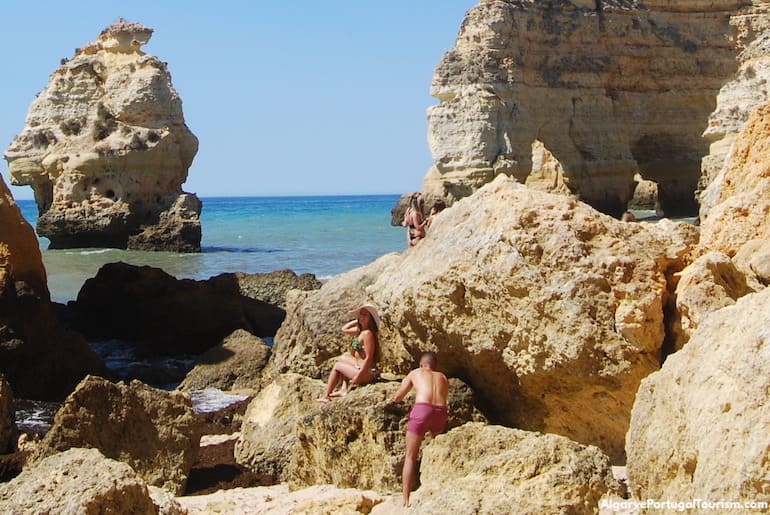 It’s quite a small town, but Carvoeiro makes an excellent base for days of beach hopping. It has its own very picturesque beach, but in the area are some of Portugal’s (and Europe’s) best, including the magnificent Praia da Marinha. It’s also the perfect gateway to Algarve’s most iconic cave, Gruta de Benagil. It’s a place that appeals to everyone, from young couples to families with children, to mature travelers. 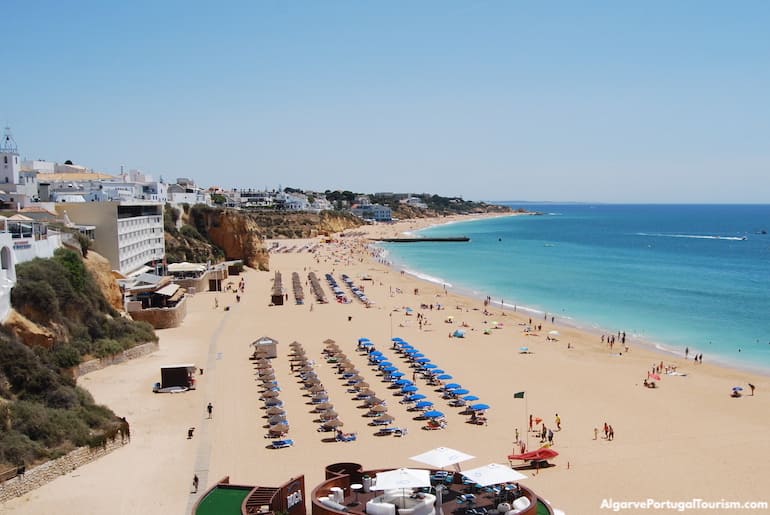 Algarve’s “party town” is where many young Europeans spend their summer days in the sun and drinking at night, but it’s much more than that. It has all kinds of splendid beaches, from secluded coves to long sandy stretches for fun in the sun. It’s the tourist capital of Algarve, with the biggest number of beaches and a variety of accommodation for all budgets. The Old Town manages to retain some of the charm of a former fishing village, with whitewashed buildings and pedestrianized streets, and nearby are water parks for the kids and as an alternative to sunbathing by the sea. For grown-ups, there are world-class golf courses and some wonderful resorts for pampering and relaxation. 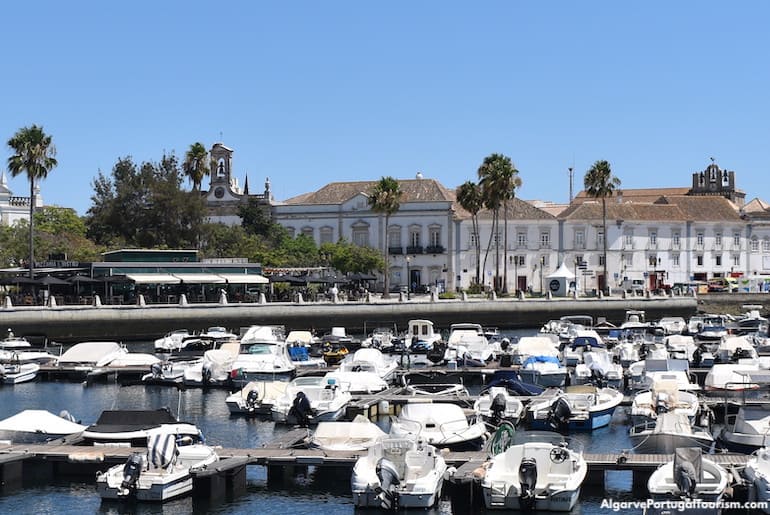 The largest city in Algarve is home to the international airport. Unfortunately, many people head straight to the beach, overlooking what the city has to offer. They end up missing a delightful walled town with curious monuments and a natural park with a series of islands with outstanding beaches. These islands remain well-kept secrets, including one that’s literally deserted. Faro is for those who like to combine culture with beach, and its location roughly at the center of the region makes it a great base to explore all of Algarve and all of the islands of the Ria Formosa Natural Park. 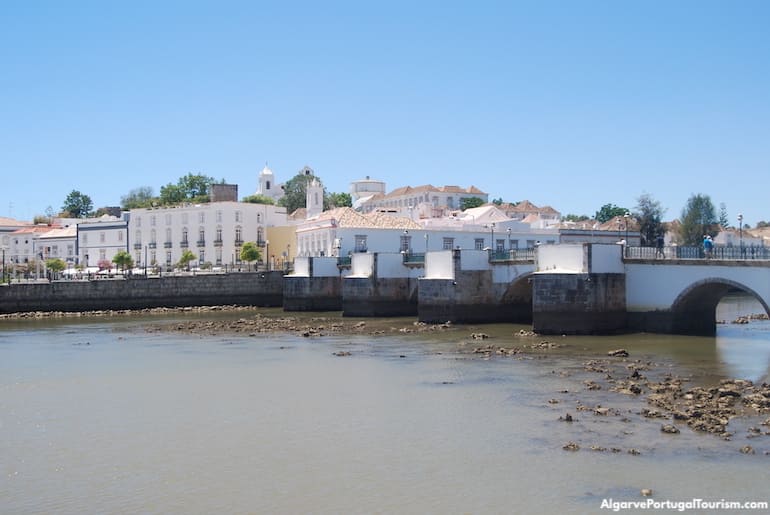 This historic town is Algarve’s most romantic. It preserves the region’s traditional architecture and an attractive Old Town with whitewashed churches and the ruins of an ancient castle. It’s also a gateway to the islands of the Ria Formosa Natural Park, with some of the finest beaches in Portugal. Before you arrive and see the seemingly-endless landscape of dunes, boats go through wetlands with a variety of fauna and flora. This is a destination for those who prefer to relax in quieter towns and to be surrounded by pristine nature. 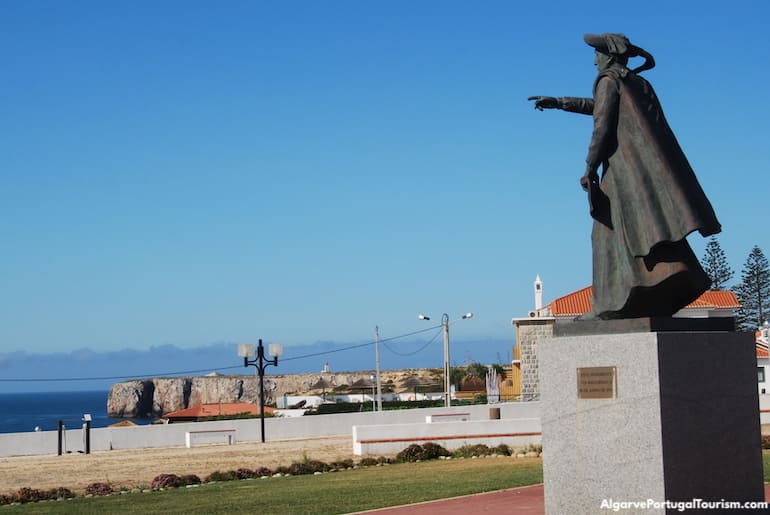 Portugal’s southwestern tip is also the edge of Europe, and for ancient Europeans this was the end of the world. You still get that feeling when standing on Cape of St. Vincent and on a windswept promontory in this quiet town, which was where Prince Henry the Navigator settled to plan the voyages that ended up mapping much of the globe. The navigator’s fortress still stands, and is the most important historic monument in Algarve. The beaches in the area attract surfers, and the town is the starting point of Costa Vicentina, a wild coast that remains one of Europe’s unspoiled and undiscovered regions. The town has somewhat of a hippie vibe, and the beaches are often deserted except for the surfers and a few naturists. It has a microclimate that makes it cooler and less sunny than the rest of Algarve, but the breathtaking scenery, magical sunsets and refreshing “getting away from it all” feeling make up for it. 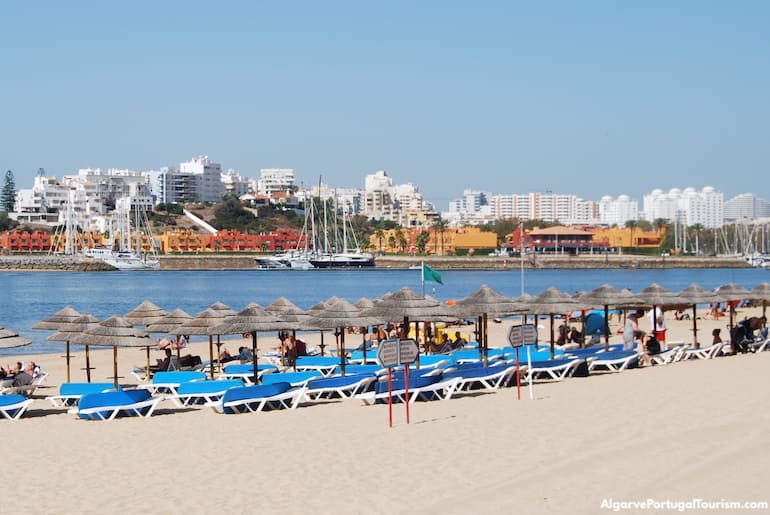 Portimão is a major port city lacking the charm of historic towns, but became a very popular tourist destination thanks to its beaches with towering rock formations. The biggest and most famous is Praia da Rocha, whose skyline is more Miami than a traditional Portuguese town, but to the west, towards the former fishing village of Alvor, is a series of smaller beaches backed by cliffs. The closer to Alvor you go, the more scenic and quiet it gets. When you reach the pine-covered headland of João de Arens, you even find a couple of “secret” beaches of exceptional beauty at the bottom of a cliff. Best of all, there are always hotels within walking distance. 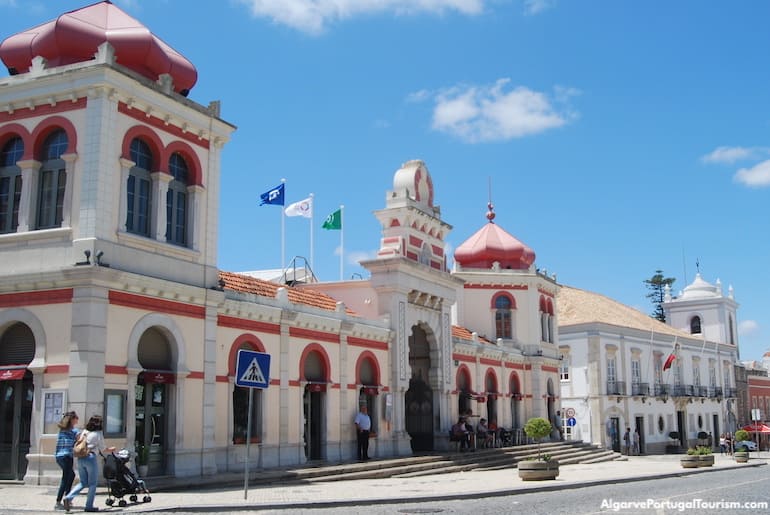 Loulé isn’t on the coast, so it’s not a major tourist destination like the other bigger towns in Algarve, but it’s a popular day trip for its famous market and 13th-century castle. On the way there, it’s worth stopping in the small town of Almancil (about 10 minutes to the south) for the Church of St. Lawrence, whose marvelous interior (completely covered with baroque tiles from floor to ceiling) is a masterpiece of Portuguese art and Algarve’s most impressive monument. Loulé is worth a day in your Algarve itinerary if you want to explore more of the local culture and not just the beaches, although two of Europe’s most luxurious beach resorts (Quinta do Lago and Vale do Lobo) are also nearby. 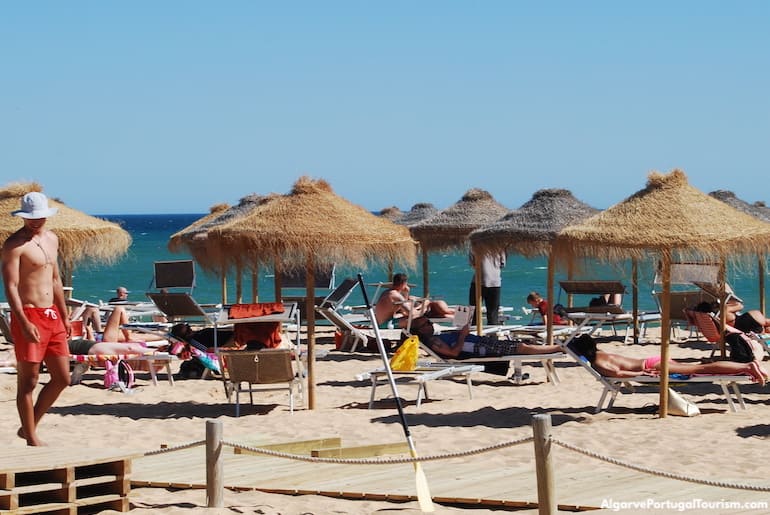 Developed in the late 20th century to be one of Europe’s largest resort towns, Vilamoura became a glamorous destination for celebrities looking for the 5-star service. Although it remains an upscale resort, it’s now for all types of tourists who love the convenience of having everything within walking distance, just steps from the beach. It grew around one of the biggest marinas in southern Europe, which is a lively place throughout the day and at night, thanks to the restaurants, bars and hotels around it. Although it’s also a fine destination for families, it’s mostly for adults, with trendy beach bars, Algarve’s largest casino, and some of Europe’s best golf courses. Because it’s a modern town, there aren’t any historic monuments to see, but there’s an archaeological site and museum of a Roman settlement, which includes well-preserved mosaics. 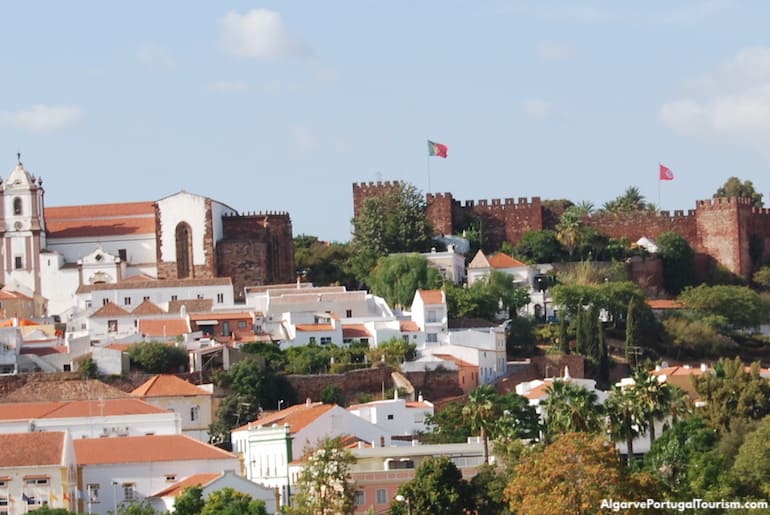 Algarve’s Moorish capital was devastated by an earthquake in 1755, but its decline as a major city had begun a couple of centuries earlier, when Faro became the main city in the region. It turned into a rather sleepy town, which it continues to be today, but is visited for its castle. It’s the biggest and best-preserved castle and ancient monument in Algarve, and is often seen on a day trip from Lagos or Albufeira. The cobbled streets around it lead to a small Gothic cathedral and an archaeological museum, and are the perfect break from the sun and the beaches.