Guide to the islands in Algarve, including their beaches 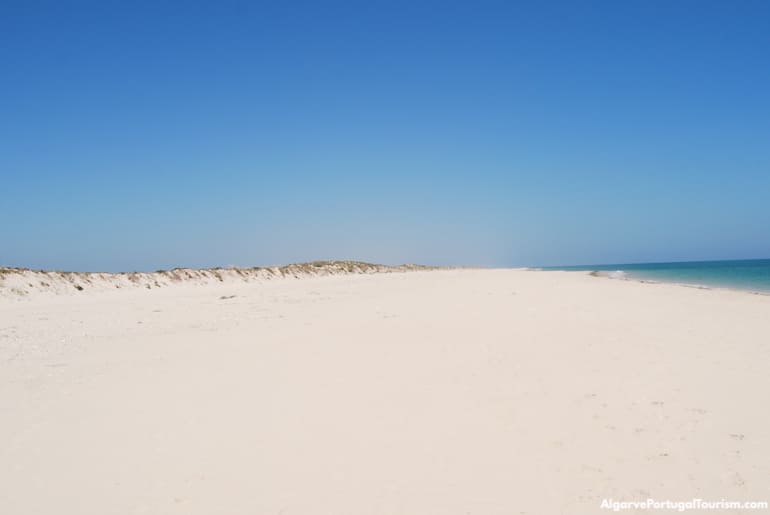 Algarve has six sandy islands that are part of the protected Ria Formosa Natural Park. Two of them are inhabited by small fishing communities, but the others are nearly deserted. They’re only accessible by boat, from the cities of Faro, Olhão, Tavira, and a couple of neighboring villages. They’re home to some of the finest beaches in Portugal, stretching for several kilometers. Although popular with locals in the summer, they still remain relatively undiscovered by tourists and certain parts are official nude beaches. 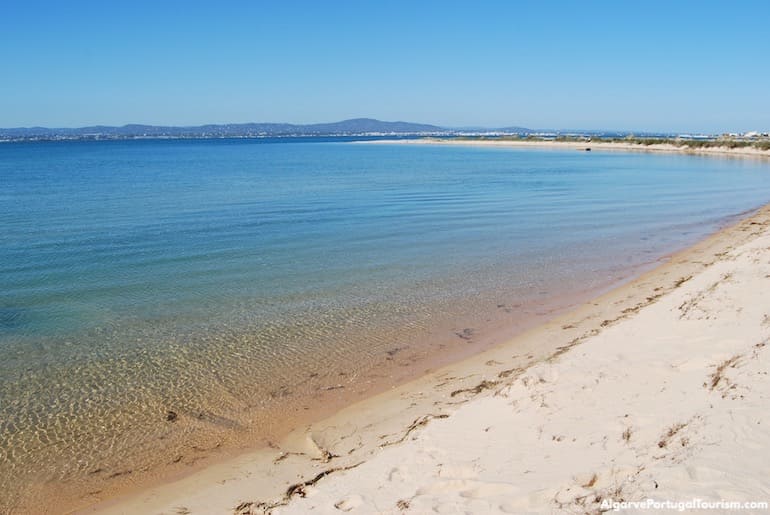 Could a deserted island really exist across from Algarve’s biggest city? Yes, and it’s literally called “Deserted Island” (although it’s also known as Ilha da Barreta). It has a 7km(4 miles)-long stretch of sand, and part of it is an official nude beach (the western end). There’s a small lighthouse, a wooden building housing a solar-powered restaurant, and a few sheds by the pier, but besides that there’s nothing but pristine nature around you. This unspoiled paradise is accessible by ferry throughout the year, from Faro. A 2km-long boardwalk over the dunes takes visitors around the island. 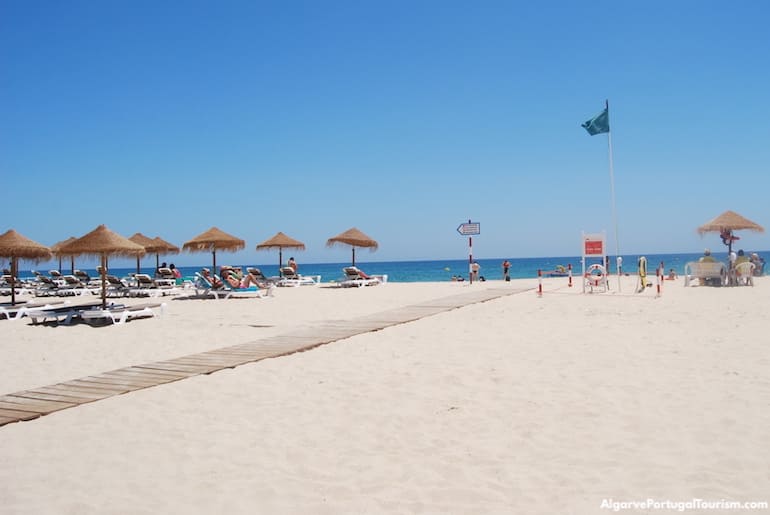 Farol and Culatra were once two separate islands, but the changing oceans have joined them, and they now form one long island, stretching for 6 kilometers (4 miles). Still, the western end has kept the name of Ilha do Farol and the eastern Ilha da Culatra. Farol is named after a 19th-century lighthouse, which stands above a tiny fishing community. Many of the white, blue and yellow cottages built by fishermen are now summer homes, and a few are restaurants specializing in fresh fish. The section of the beach by the lighthouse can get crowded between the months of June and August, but for more space and quiet, you just need to walk a few minutes to the east. Walk a little further and you arrive at Culatra. A long boardwalk connects this beach to the second fishing village of the island. Surprisingly, the beach is never crowded. In fact, the further east you go, the more deserted it gets. There are dunes as far as the eye can see, and sometimes dolphins are sighted in the distance. The white sand and the water are clean, as certified by the Blue Flag. This island and the beaches can be reached by regular ferries from Faro and Olhão.

See the Ilha do Farol and Ilha da Culatra guides. 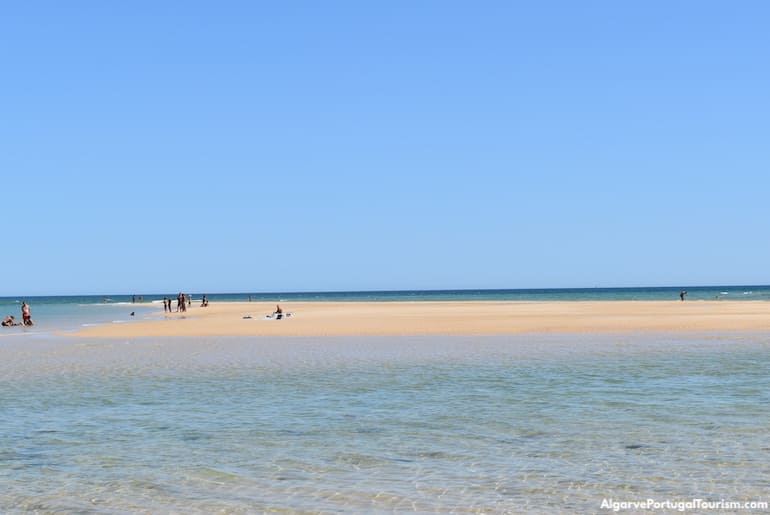 This is another island with two names -- Armona in the west and Fuseta in the east. It’s 9 kilometers (6 miles) long and just 1 kilometer (over half a mile) wide. The western end (Armona) is home to a fishing village, but the eastern (Fuseta) is not inhabited. Armona can be reached by ferry from Olhão, and Fuseta from a village with the same name. If you enjoy very long walks by the sea, you can of course walk from one end to the next, but this would take over 90 minutes. The village of Armona developed in the 1970s, and has a few restaurants by the pier. The main street leads to a long boardwalk that takes visitors over the dunes to the beach. The fine white sand then continues all the way to Fuseta. It’s very clean, and the water is often calm, clear and shallow. On the deserted stretch between the village and Fuseta, you’ll find some people sunbathing nude. The Portuguese Naturist Federation classifies this as an “unofficial” nude beach. On the dunes, you can spot a variety of wildlife, from different species of birds to chameleons. Fuseta is mostly frequented by locals from the villages in the area. The eastern tip faces the neighboring island of Tavira (see below), and is the best and most beautiful spot for a day at the beach on this island. 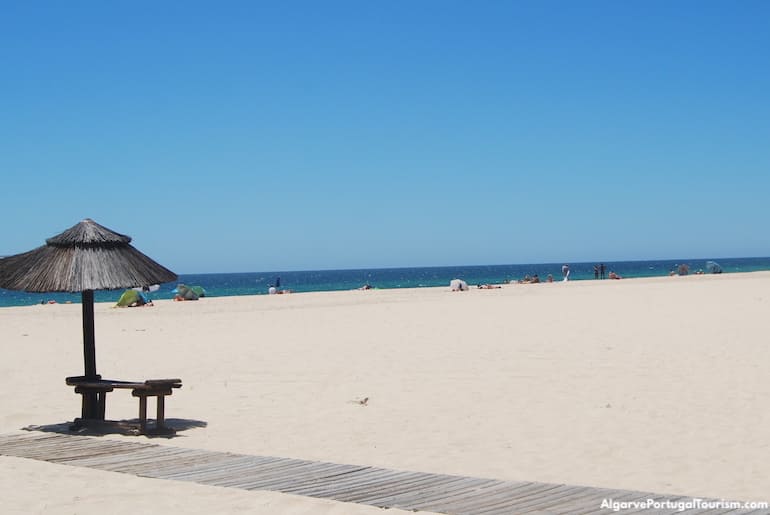 The most popular of Algarve’s islands is 11 kilometers (approximately 7 miles) long and is uninhabited. It’s divided into four beaches -- Praia da Ilha de Tavira, Praia da Terra Estreita, Praia do Barril and Praia do Homem Nu. These are widely considered some of the best in Algarve. Praia da Ilha de Tavira is connected by ferry to the city of Tavira, and has a few restaurants and a camping site shaded by pine trees. The other beaches are backed by dunes. Barril stands out for a permanent display of over 100 anchors on the dunes, once used by the fishermen who went into the sea from here, looking for tuna. The buildings where they often spent the night were converted into restaurants when the fishing industry declined in the late 20th century. Praia do Homem Nu, on the western end, is an official nude beach but is usually deserted. The water temperature on this island is a couple of degrees higher than in the rest of the region. The sea also tends to be calm, which attracts families. However, everyone stays in Praia da Ilha de Tavira or Praia do Barril, leaving the rest of the island for those who prefer peace and quiet. 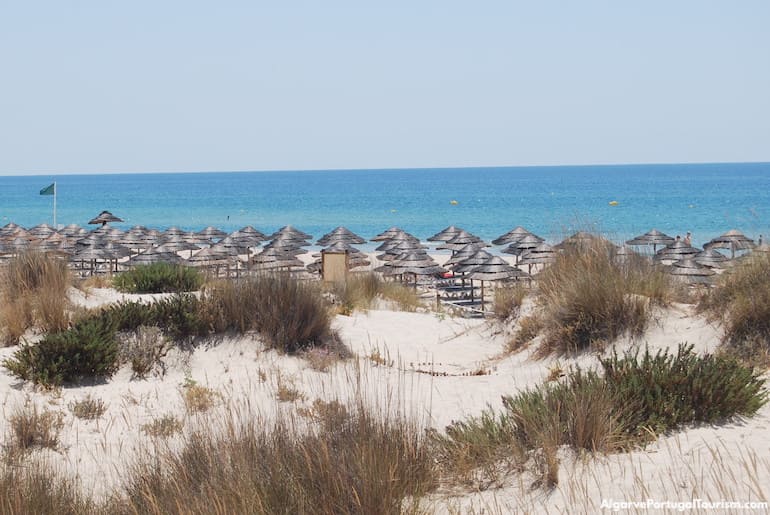 Accessed by boats from the village of Cabanas de Tavira, this uninhabited island has a long beach, stretching for 7 kilometers (over 4 miles). It’s never crowded, even in July and August. Walk a few minutes from the boardwalk when you arrive, past the wicker parasols available for rent, and you’ll find plenty of seclusion. Walk all the way east and you’ll have it all for yourself. Like the other islands, it has soft white sand and calm waters and is very clean. A restaurant connected to the boardwalk is the only structure on the entire island. 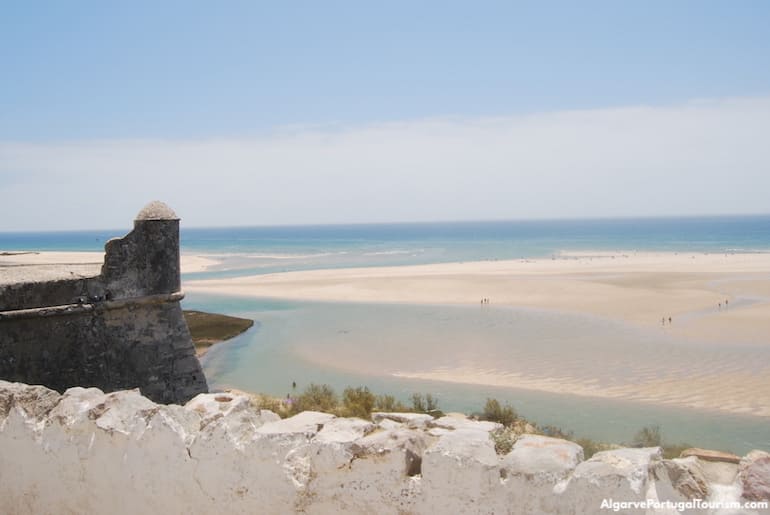 This was a peninsula until 2010, when an inlet was opened. Cacela Velha is a tiny hilltop village overlooking the Ria Formosa Natural Park, and it’s possible to walk across the wetlands to the now-island when the tide is low. In the summer, there are also boats that go directly to the beach. According to the editors of the Spanish edition of Condé Nast Traveler magazine, this is one of the best beaches in the world. It’s quite long, stretching for close to 2 kilometers (over one mile), and constantly changes shape, depending on the tides. The water is calm and clean, and the atmosphere is that of a desert island, away from it all.