Odeceixe tourism guide, how to get there and where to stay 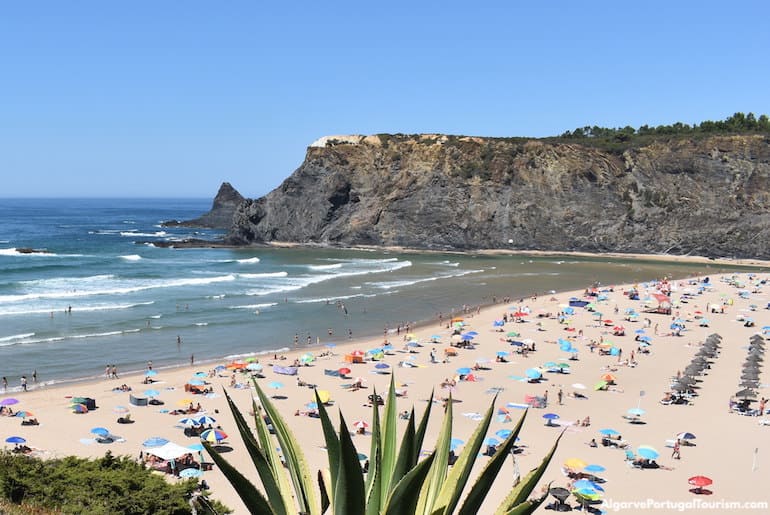 Odeceixe is a small village by the Seixe River, which forms the border between the provinces of Alentejo and Algarve. It’s the first Algarvian village when coming from the north, and remains a quiet and traditional place. In the 1970s, it became a popular tourist destination for hippies, and today it’s visited for its beautiful beach.

What to See and Do in Odeceixe 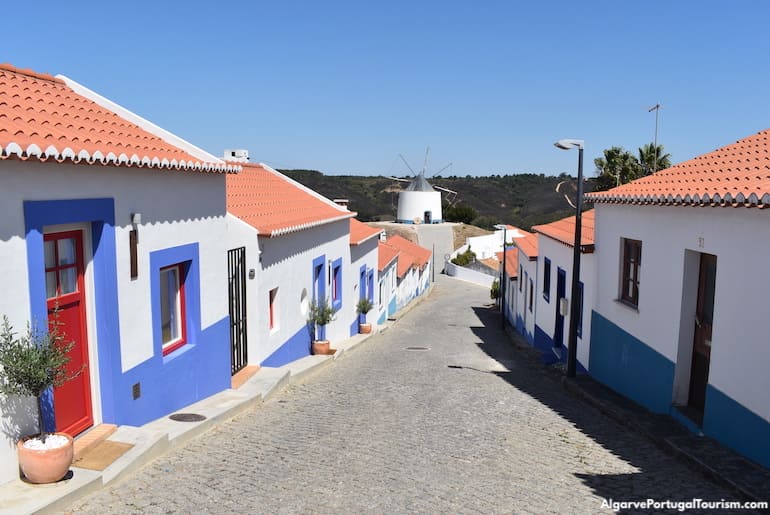 This charming, typically-Mediterranean windmill dates from 1898. Built in masonry and wood, it remains in working order and it’s possible to see the process of corn and wheat milling. It’s Odeceixe’s main landmark, and you can see much of the village from the terrace around it. 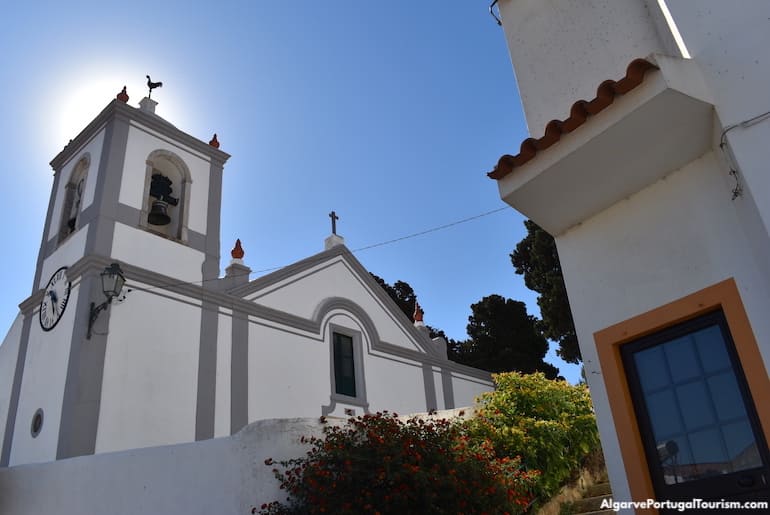 Officially called Igreja da Nossa Senhora da Piedade (“Church of Our Lady of Pitty”), Odeceixe’s parish church was originally built between the early 14th century and the end of the 15th century. It was then altered and restored in 1527, and acquired its current appearance in the early 1600s. It has a plain façade, while inside it preserves Manueline (Portuguese Gothic) altarpieces from the mid-1500s, a silver crown from 1564, and a silver monstrance from the late 17th century. 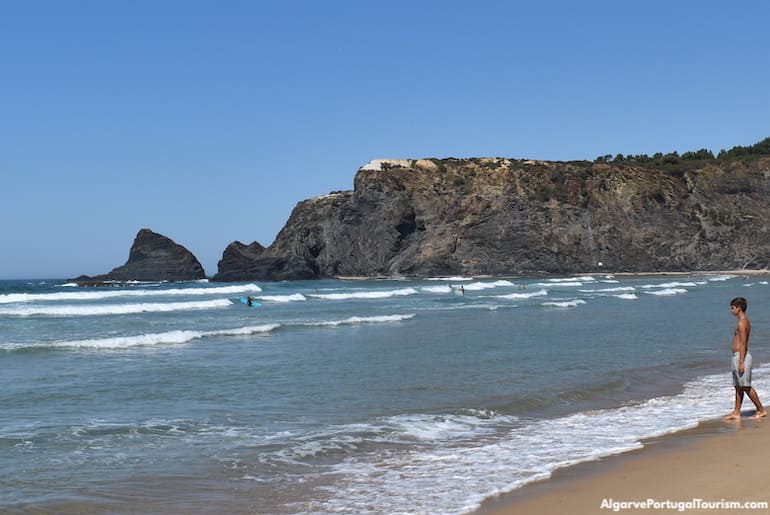 In 2012, this was considered one of Portugal’s “most wonderful beaches” in a national survey. Surrounded by natural beauty, it’s where the Seixe River meets the Atlantic, so it has calm waters for children and kayaking on one side, and powerful waves for surfing on another. Once a well-kept secret frequented by hippies, it’s now a popular destination for Portuguese families and surfers. There are a couple of surf schools renting equipment and offering surfing lessons. 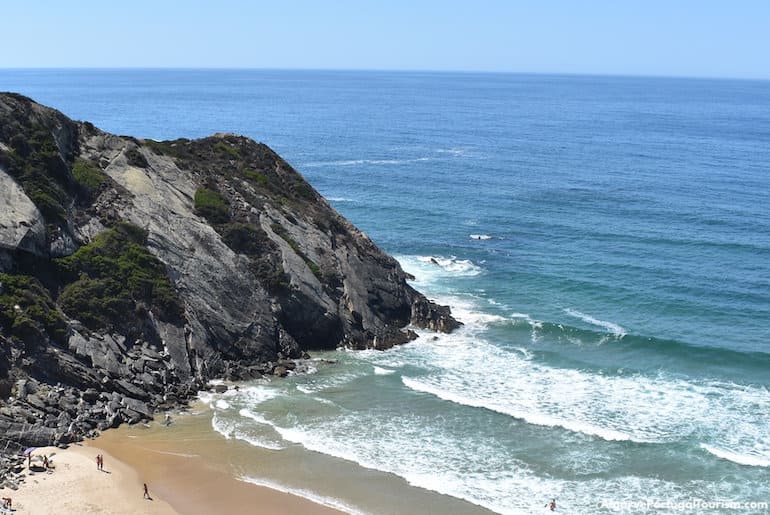 This is the only official nude beach on Algarve’s west coast. Although naturism is tolerated and even common throughout it, this is where you can be sure that it’s perfectly OK to sunbathe without your bathing suit. It’s a small cove next to Praia de Odeceixe, accessed around the cliff at low tide or via a wooden staircase from the top of the cliff. It’s sheltered by the cliffs, so it’s not windy, but the water is often rough. It’s more of a sunbathing than a swimming beach, much enjoyed by all kinds of people, from families to young couples.


How to Get to Odeceixe


There’s a very infrequent bus that goes from Lagos to Odeceixe (Vamus bus 79). It only operates on weekdays and takes about 1 hour and 25 minutes. By car, it’s less than 1 hour from Lagos, about 1 hour from Sagres, and 2 hours and 35 minutes from Lisbon. It’s also possible to take an express bus from Lisbon, but it stops in the center of the village, so you’d then need a car to go to the beaches. 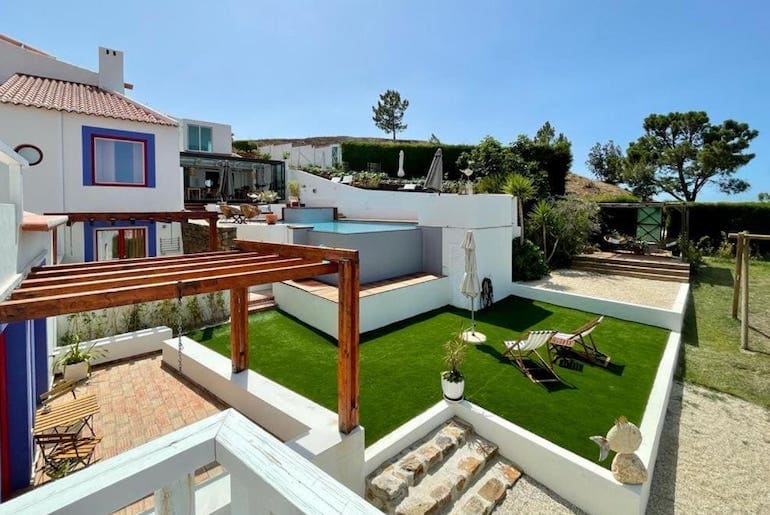 This is the best place to stay in Odeceixe. It’s a group of traditional houses right in the center of the village, by the windmill. They’re nine in total, maintaining the original architecture but with a contemporary interior. In the back is an outdoor swimming pool with a view of the windmill. 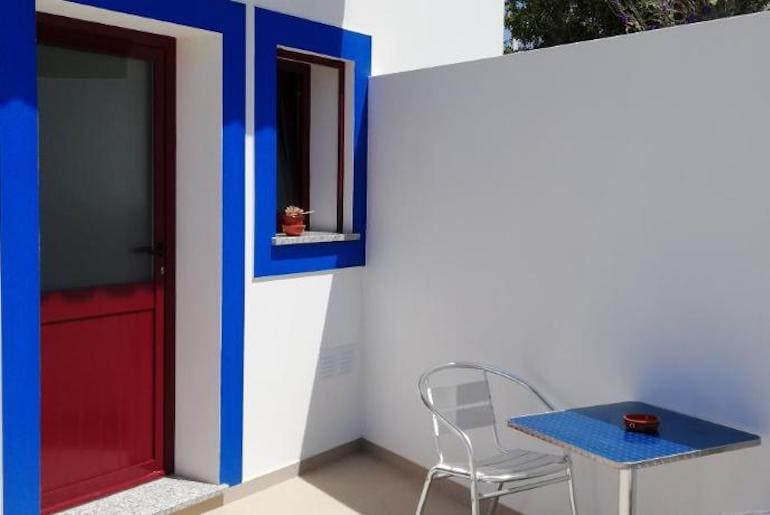 Well located by the road to the beaches and a short walk from anywhere in town, this guesthouse has rooms with balconies or terraces. It serves a good breakfast (for accommodation of this category), and there’s plenty of space for parking outside. 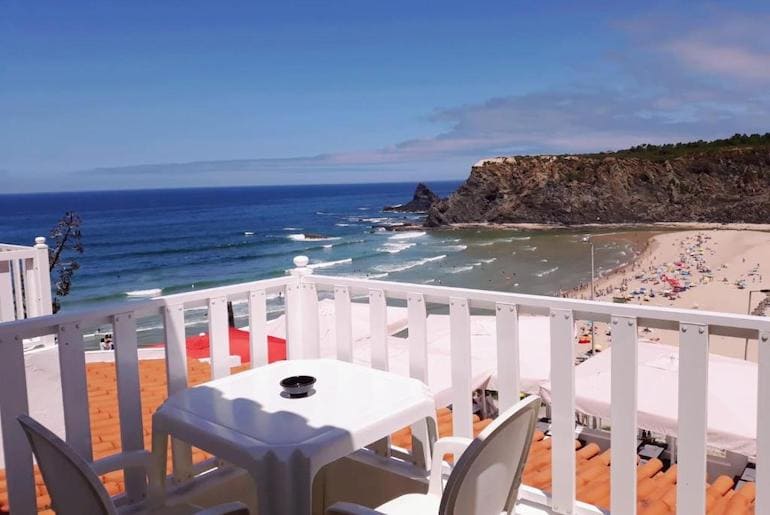 Here you can wake up to views of the beach (Praia de Odeceixe). It’s a guesthouse with double, twin, and triple rooms, plus a suite. About half of them have a sea view, as does the restaurant.

Also located above Praia de Odeceixe, this hostel attracts surfers and budget travelers. It has a dorm with four beds, as well as private rooms. For meals, there’s a shared kitchen and barbecue equipment.