The must-see castles, churches, fortresses and museums in Algarve 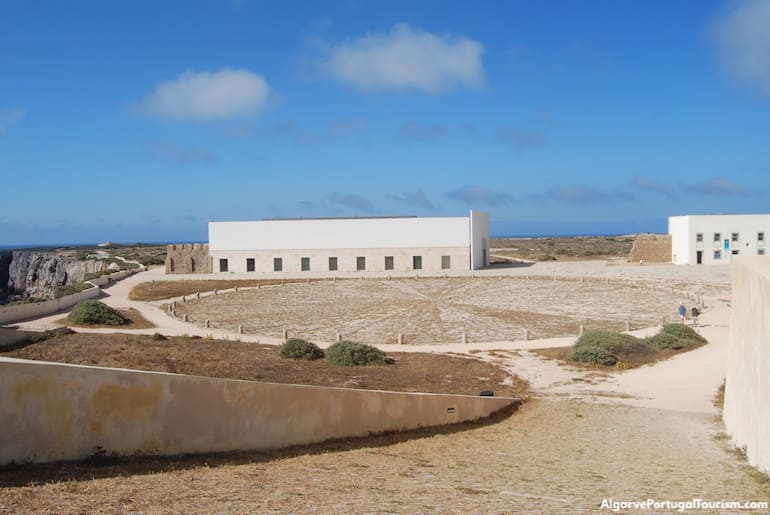 Algarve’s most visited monument stands on Europe’s southwesternmost point, in Sagres. The windswept headland was believed to be the end of the world, until Prince Henry the Navigator decided to send explorers far out into the Atlantic, through uncharted waters that eventually took Columbus to the “New World,” Vasco da Gama to India and Magellan around the globe. The prince settled in Sagres and built this fortress in 1453 to protect the coast. It eventually became a “school” of navigation, where cartographers and astronomers got together to plan future voyages. An enormous wind compass, believed to have been used in the study of navigation, can still be seen carved on the ground and there’s also a small chapel from the 16th century. Because of its significant role in the culture and history of Europe, the fortress is on the list of European Heritage sites. 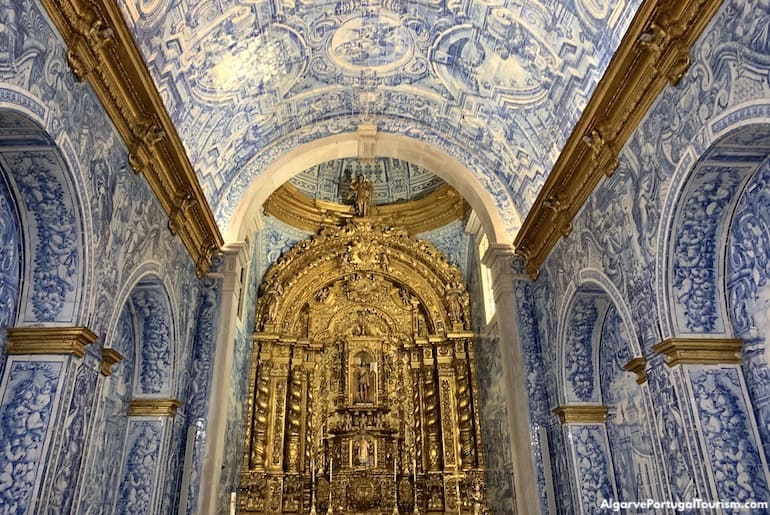 A small, simple, white church, standing in an ordinary town, hides a truly monumental interior that’s a masterpiece of Portuguese art and European baroque. As you enter, you feel like you’re stepping inside a jewelry box or a piece of porcelain, due to the grandiose display of ceramic tiles and golden carvings that decorate every inch of the walls and ceiling. The spectacular tiled ornamentation of the cupula is unique in the world, and it all miraculously survived the earthquake of 1755 that destroyed practically every building in Algarve. The tiles illustrate scenes from the life of St. Lawrence and allegories of virtues like hope and charity. They date from 1730, and are signed by Policarpo de Oliveira Bernardes, a master of tile painting. 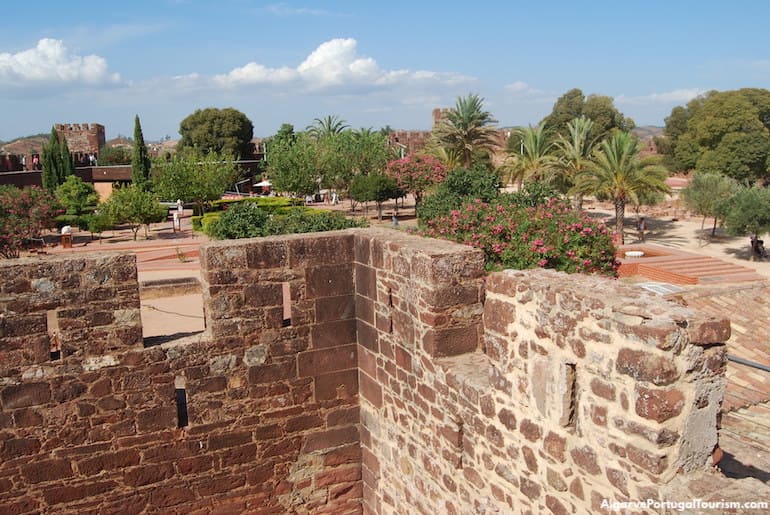 Almost every castle in Algarve collapsed in the 1755 earthquake, but much of this one was left standing. It’s the largest and best-preserved ancient monument in the region, and considered the most significant Moorish building in Portugal. Red sandstone walls and towers surround a garden and two cisterns, restored over the decades, from the 1940s to 2009. It dates back to the 10th century and is what attracts visitors to the sleepy, inland town of Silves, which was the first capital of Algarve. Outside, by the main gateway, is a bronze statue of King Sancho I, who conquered Silves for Portugal in 1189. In August, it’s the main stage of a week-long medieval fair, which recreates life in the 11th to 13th centuries. 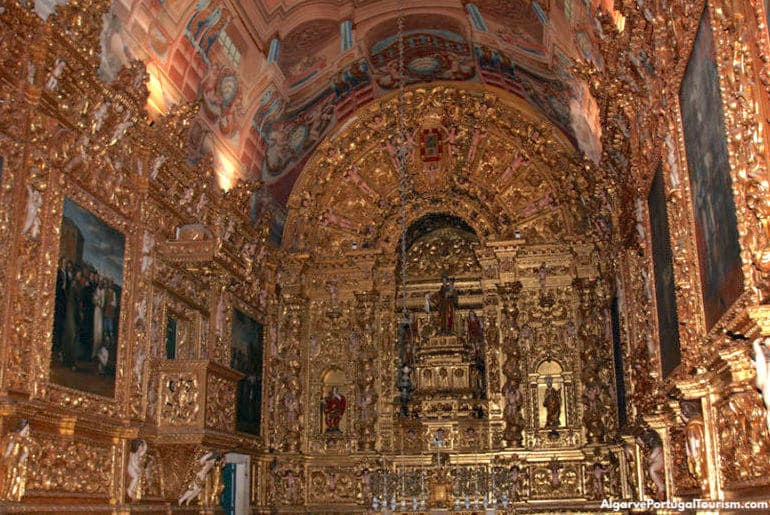 Built in 1707, this church was severely damaged by the 1755 earthquake, but was rebuilt in 1769. Its gilded interior is considered one of the most impressive examples of baroque architecture in Portugal, contrasting with the plain exterior. The ornate retables survive from the original building, and hold an image of St. Anthony. The painting on the ceiling creates the illusion of a vault, and features Portugal’s coat-of-arms. On the walls are tile panels illustrating scenes from the life of St. Anthony. The former sacristy houses a museum with a collection of archaeological pieces found in the region and sacred art. 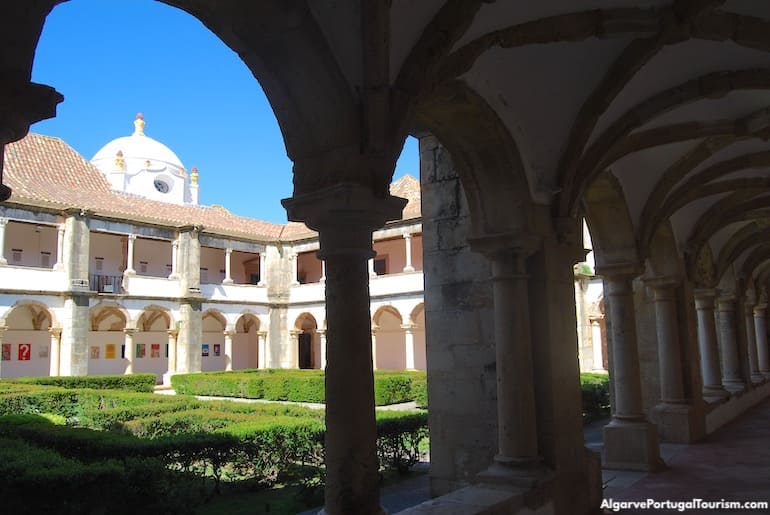 Algarve’s main museum occupies a 16th-century convent that would be worth a visit even if it didn’t house the museum’s collection. The domed Renaissance-style building has the most beautiful cloisters in the region, and its treasures are spread over two levels. The highlights are busts of Roman emperors unearthed in the Roman site of Milreu outside Faro, and a Roman mosaic with an image of Oceanus (the Greek god of the oceans), discovered nearby. Other pieces include Visigothic plaques and paintings from the 16th to the 19th centuries, by Portuguese and other European artists. 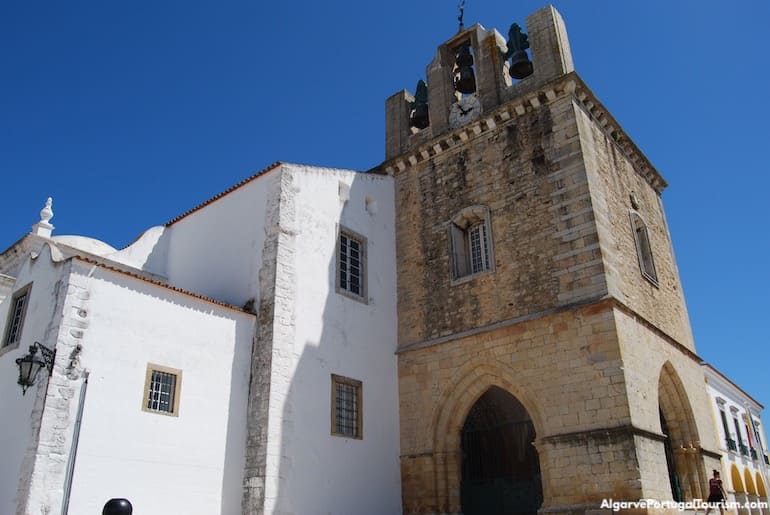 Where a Roman temple, a Visigothic church and then a mosque once stood, is now Algarve’s biggest cathedral. Erected in 1251, it was nearly destroyed by the earthquake of 1755, but some of the chapels and part of the gothic exterior survived. When it was restored in the late 18th century, it was given a new baroque decoration, with gilded wood and elaborate tile panels. It houses a small museum of sacred art, and the terrace by the bell tower offers the best view over Faro and the Ria Formosa Natural Park. 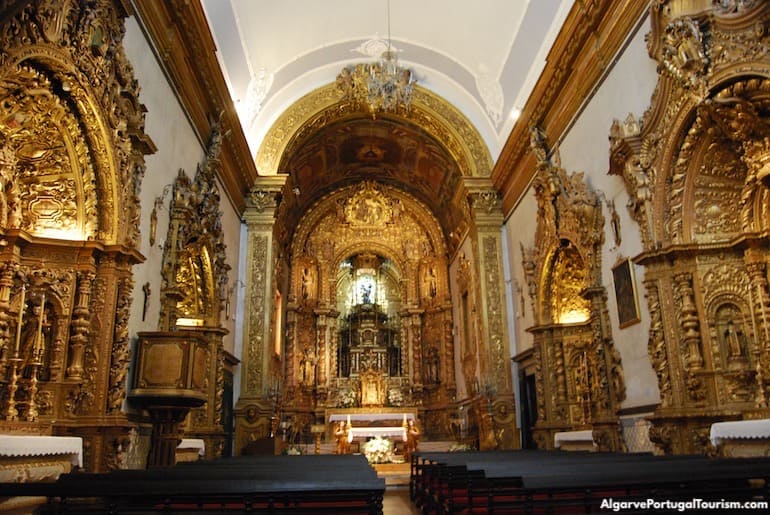 Its rich baroque interior is quite beautiful, but this church is visited mostly for a chapel in the back, which is completely covered with human bones and skulls. Created in 1816, this chapel resulted from the need to free up space in the cemetery, so the remains of over 1000 monks were brought here and used as decoration or to convey a message -- an inscription at the entrance says “stop here to contemplate that you’ll end up in this state.” The church was completed in 1719, and the gold used in the magnificent interior was brought from Brazil. 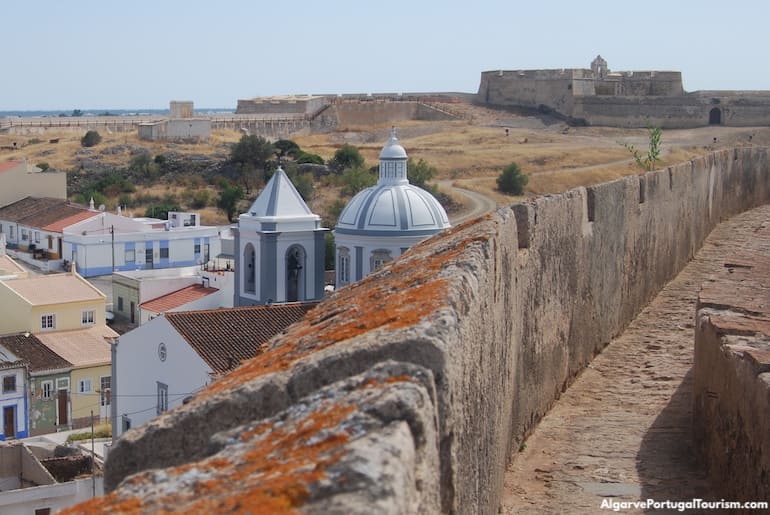 Considered one of the most significant medieval monuments in southern Portugal, Castro Marim’s castle was built in the 13th century to protect the country from the kingdom of Granada (Spain), which was across the Guadiana River and still under Moorish rule. The small town is right on the border (by the river) and the castle was strategically positioned to spy on the neighboring land. In 1319, King Dinis and Pope John XXII established the Order of Christ in the castle. The religious military order, formerly known as the Knights Templar, protected Christian lands and ended up funding many of the “Age of Discovery” expeditions. Although the castle was partially ruined by two earthquakes (in 1755 and 1969), it preserves a small 14th-century church where Prince Henry the Navigator prayed, houses a small museum displaying artifacts found in archaeological excavations, and offers a view of a nature reserve and across the river to Spain. In August, it’s the stage of a medieval fair, showing how people lived in medieval times. 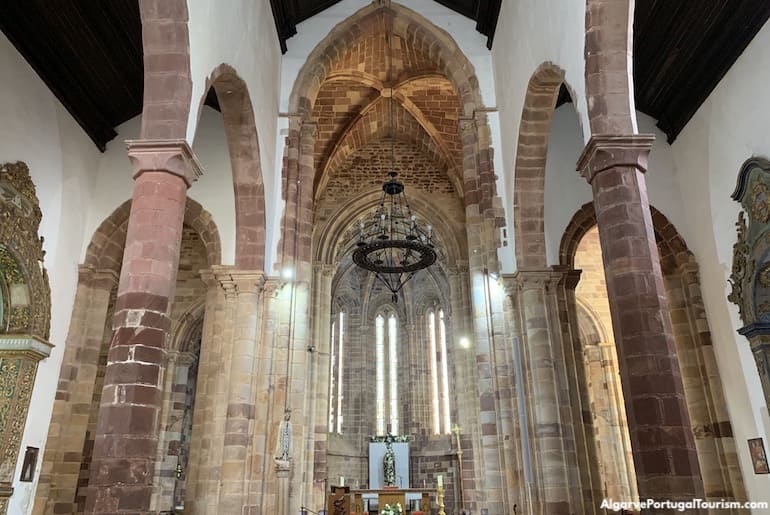 Silves’ is the second of Algarve’s two cathedrals. It was built at the end of the 13th century and had some alterations in the late 1700s, due to the damage caused by the 1755 earthquake. It’s predominantly a gothic building, and the finest example of the style in Algarve. It preserves much of the original construction, including the gothic doorway, while the clock tower dates from the 18th century. 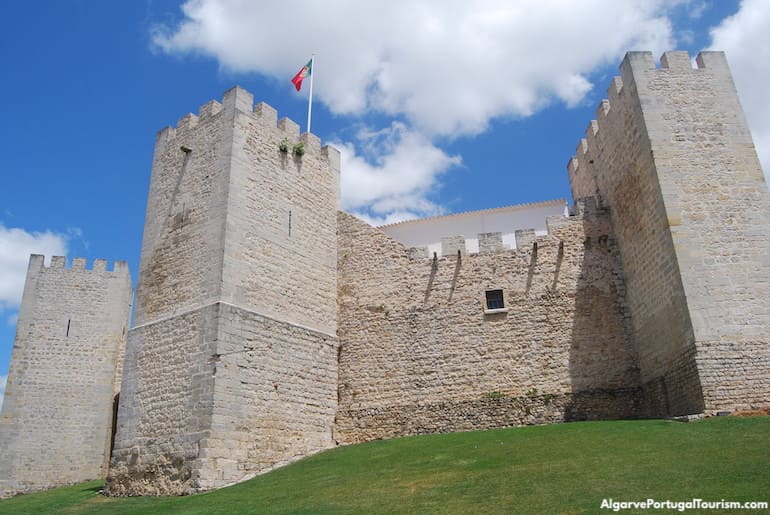 Although most of its defensive walls and towers collapsed in the 1755 earthquake, the castle in the center of the city of Loulé preserves three towers, which were restored in the early 20th century. It was built in the 13th century, on the site of a Roman and then Moorish fortification, and the former governor’s residence is now the main branch of the Loulé Museum. It displays ancient artifacts found in the city and surroundings, and recreates a medieval kitchen. One of the old city gates can also be seen in the courtyard. The top of one of the towers is open to visitors, offering a view over Loulé.