Castro Marim tourism guide, how to get there and where to stay 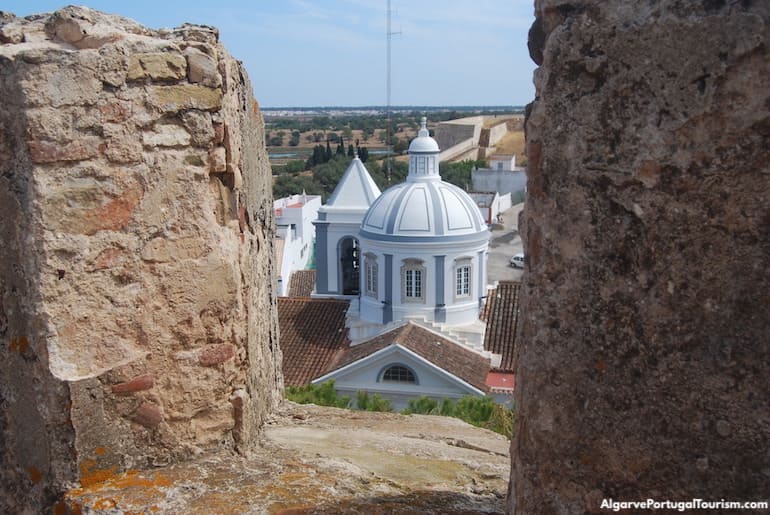 Castro Marim is a quaint border town visited for its 13th-century castle. Built by King Afonso III over Roman and Moorish fortifications, the castle protected the Christian kingdom of Portugal from the threat of Islamic Granada (Spain). Later, in 1319, King Dinis even convinced Pope John XXII to establish the headquarters of the Order of Christ in the small town. Formerly known as the Knights Templar, the religious military order protected Christian lands and played a key role in expelling the Moors from Portugal, and later in the funding of the “Age of Discovery” expeditions. 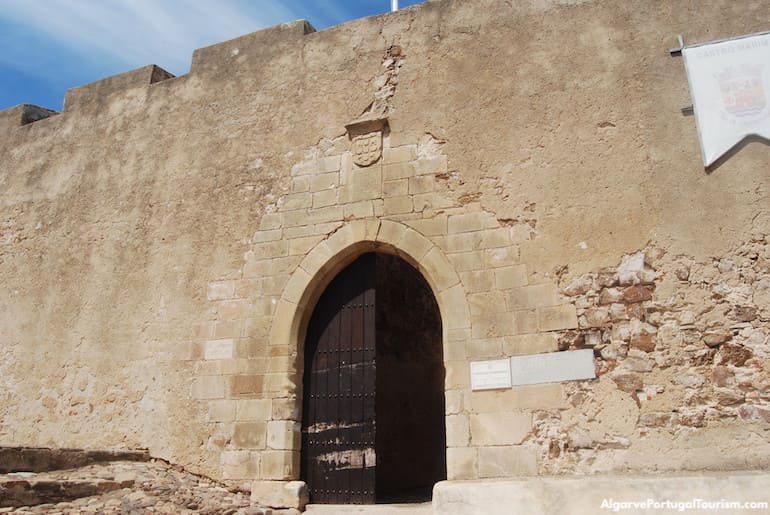 When the Moors were also expelled from Spain in the 15th century and as Portugal grew rich from the maritime trade, the new threat was the neighboring Christian kingdom. To further protect the country from Spanish invasion, a new fort (Forte de São Sebastião) was built not far from the castle in 1641. It’s not currently open to the public, but can be seen from the walls of the castle, where visitors also admire views of salt pans and marshes of a nature reserve, and across the Guadiana River to Spain. 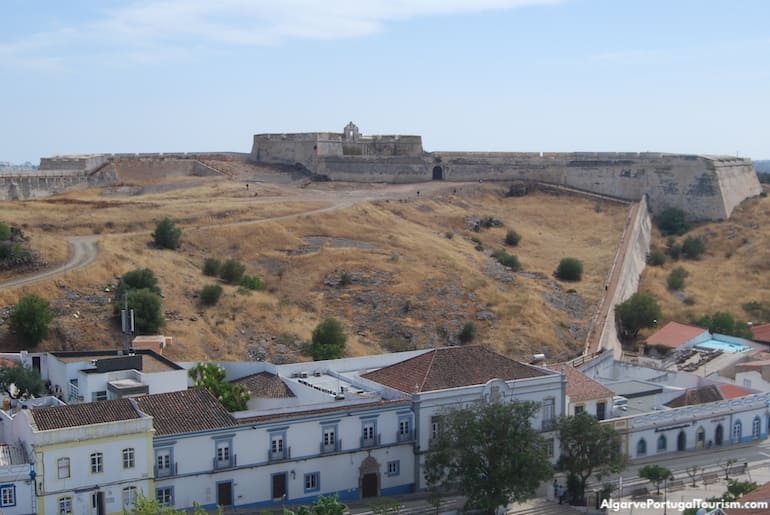 The castle was damaged in two earthquakes (in 1755 and 1969) and restored over the years. It now houses a small museum with artifacts found in archaeological excavations, and preserves a small church from the 14th century, frequented by Prince Henry the Navigator, the Grand Master of the Order of Christ. 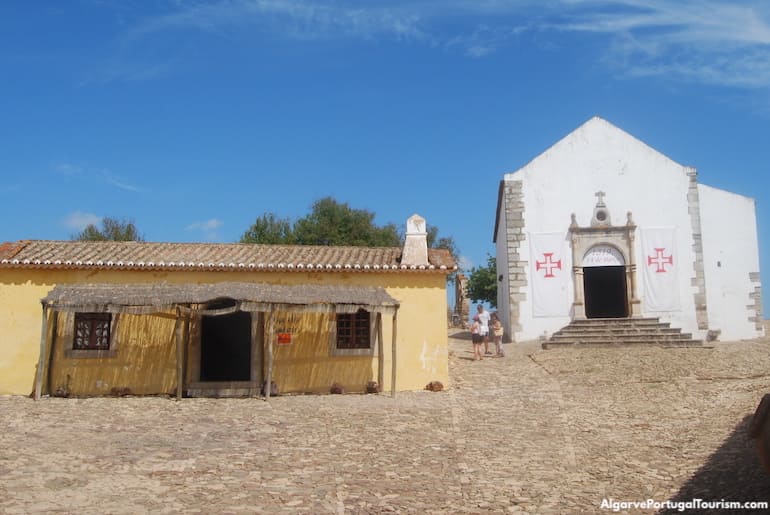 Every year, in the last weekend of August, the castle and surrounding streets host a medieval fair, recreating the atmosphere of medieval times with medieval music, fencing competitions, parades, and food stalls with local specialties. 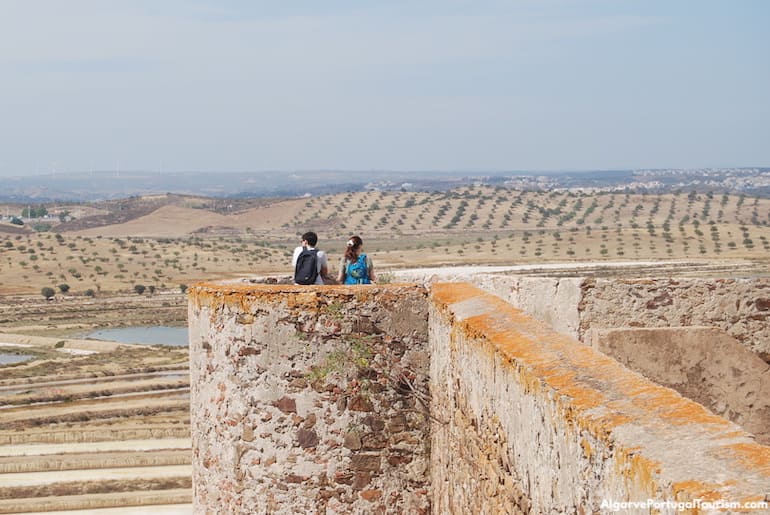 The other historic monument in town is the Igreja Matriz de Nossa Senhora dos Mártires, a small domed church from the 16th century, which was altered and expanded until 1834. Inside and out, it mixes different architectural styles, from the Renaissance to the baroque to the neo-Manueline (Portuguese gothic).

Everything can be seen in less than a couple of hours, and is a recommended day trip for those staying in Tavira, Monte Gordo or the Vila Real de Santo António area, although there are some very attractive places to stay around the town (see below).

How to Get to Castro Marim 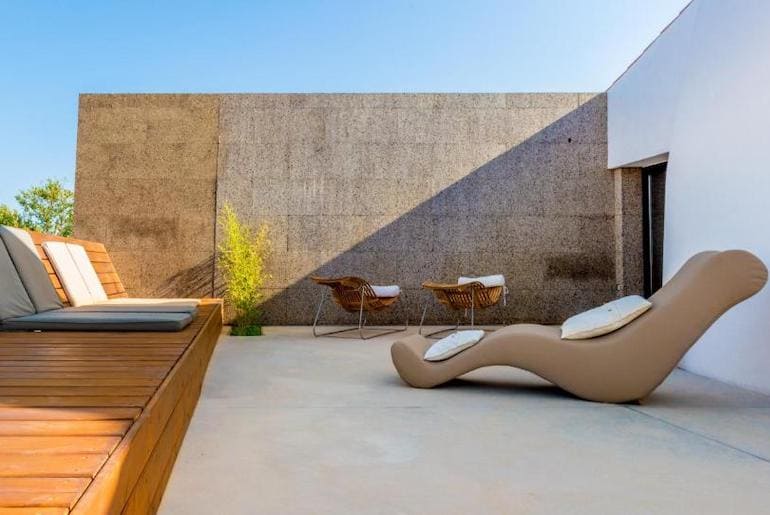 Located less than 10 minutes from the center of Castro Marim, this refurbished farm house is divided into nine rooms and four apartments in an elegant design, mixing pieces from different periods and styles, and using natural stone and cork. It’s surrounded by the quiet countryside and has a lush garden with a swimming pool. The restaurant serves an organic breakfast and dinners of Mediterranean cuisine. There’s also a hamman, scented with rockrose and rosemary from Algarve. 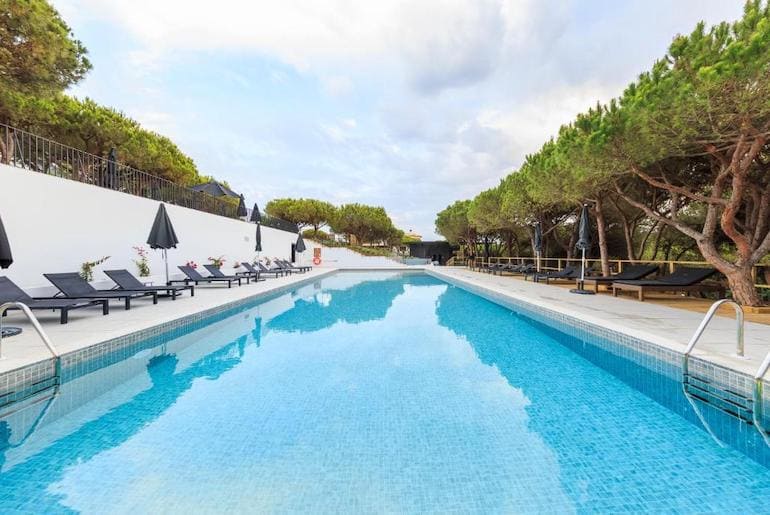 A 10-minute drive from Castro Marim takes you to one of the greenest beaches in Algarve, appropriately named Praia Verde. A short walk from there is this boutique hotel, surrounded by pine trees. You can see the ocean in the distance from the rooms on the top floor, while those on the bottom floors face the garden. There’s a family suite, a kids’ club and kids’ pool, but it’s more recommended for couples. The restaurant with outdoor seating serves healthy, rustic-style Mediterranean cuisine, prepared in a wood oven. 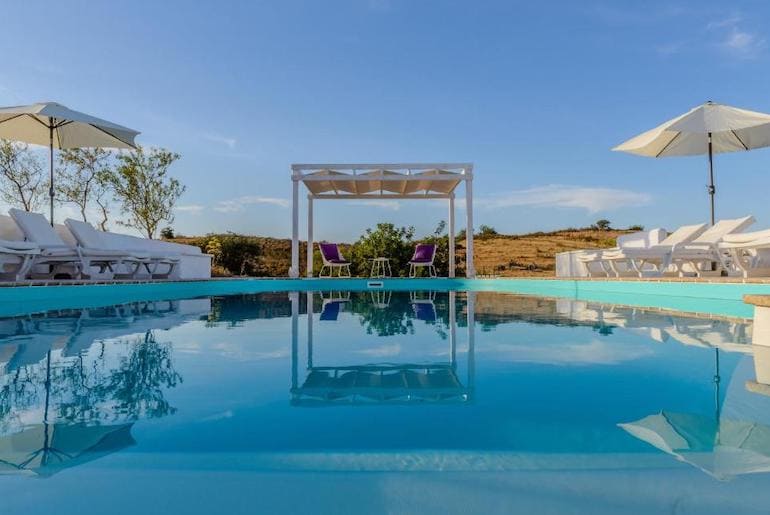 It’s just outside Castro Marim (about 10 minutes by car), and is for those who prefer the countryside but not too far from the beach. It has suites with terraces for couples as well as larger suites with as many as three bedrooms. There’s a seasonal outdoor pool as well as a year-round indoor pool, plus a spa.