Vila Real de Santo António tourism and beach guide, how to get there and where to stay 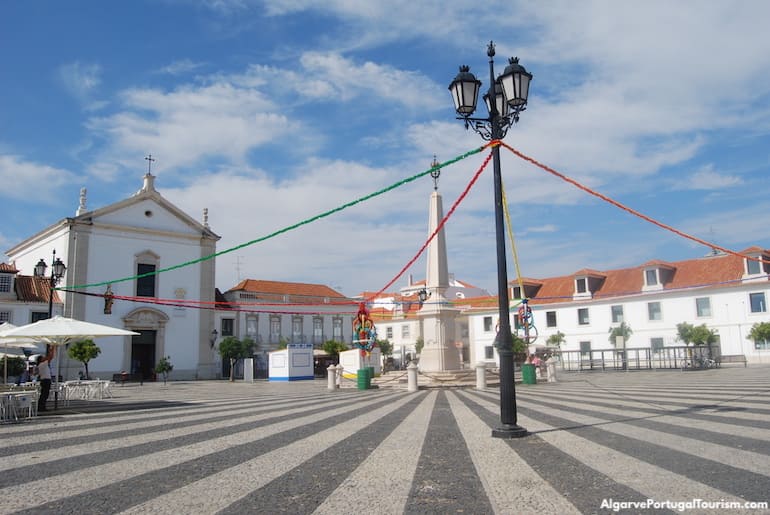 The Guadiana River separates Vila Real de Santo António from Spain. This is Portugal’s southeasternmost city and a popular destination for Spanish tourists. You can see the Spanish town of Ayamonte across the river and, thanks to the open borders, go between the two towns and countries by car or boat in just a few minutes. 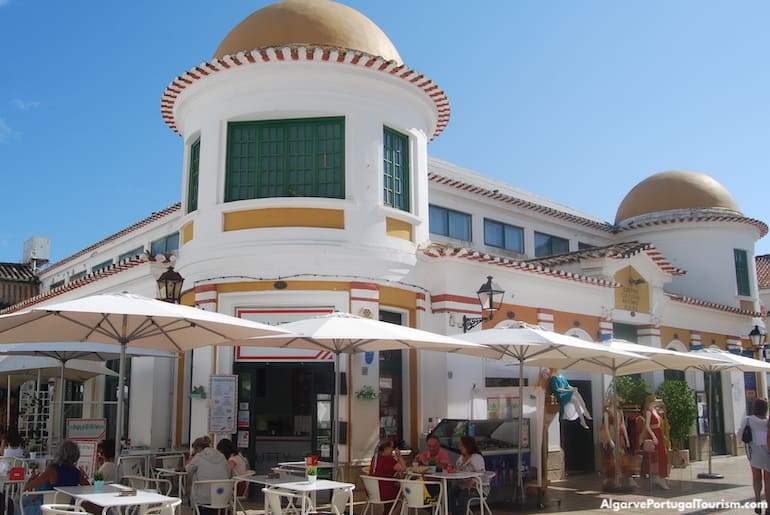 Vila Real de Santo António is a former fish canning center, but is now mostly a tourist town. It’s worth a stop for a few hours if you’re staying in Eastern Algarve, or on the way to or from the town of Castro Marim and its castle nearby.

The heart of Vila Real de Santo António is Praça Marquês de Pombal, a square named after the man who rebuilt the city (and Lisbon) after the Great Earthquake of 1755. While all of Algarve was affected by the disaster and slowly rebuilt, this city was prioritized due to its proximity to the rival kingdom across the river and took just two years to rebuild. It followed the design of downtown Lisbon, with a grid of streets lined with Pombaline (a neoclassical style named after Marquês de Pombal) buildings. 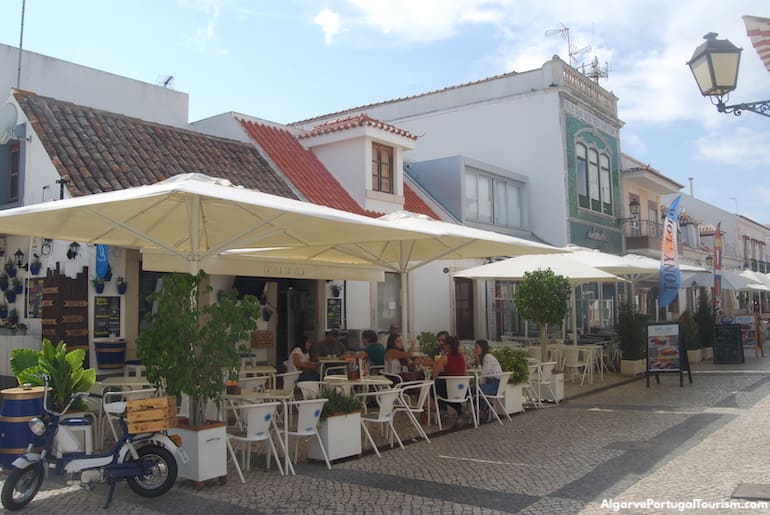 An obelisk stands in the middle of the square, which is surrounded by orange trees and covered with a traditional Portuguese cobblestone pavement. This is where people meet and enjoy drinks or meals at outdoor cafés and restaurants. Many of the streets around it are pedestrianized and lined with shops and more places for outdoor eating and drinking. 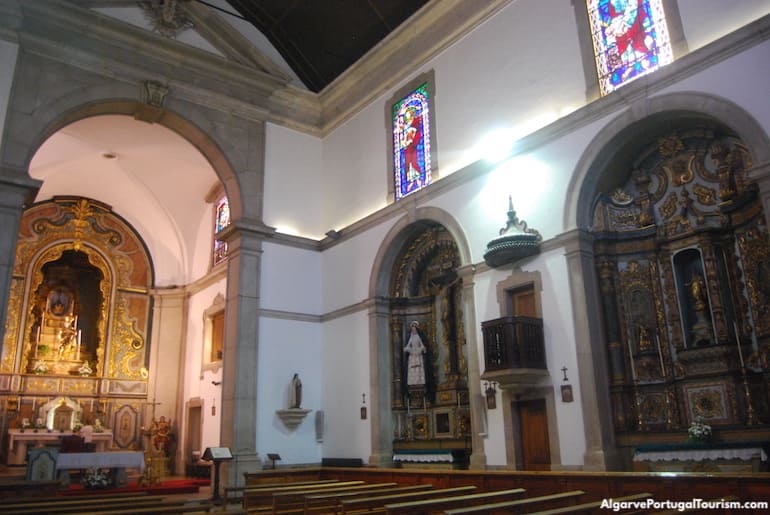 The city’s main church faces the square. The Igreja Matriz de Vila Real de Santo António dates from the late 1770s and was part of the post-earthquake reconstruction. It’s a rather plain building, with a simple neoclassical façade, but it does have notable Rococo altarpieces inside.

There isn’t much else to see in the city, but you can always check out the cultural events and exhibitions at Centro Cultural António Aleixo, in an historic building on Rua Dr. Teófilo Braga. In the same building you can see paintings and wood engravings by local artist Manuel Cabanas. 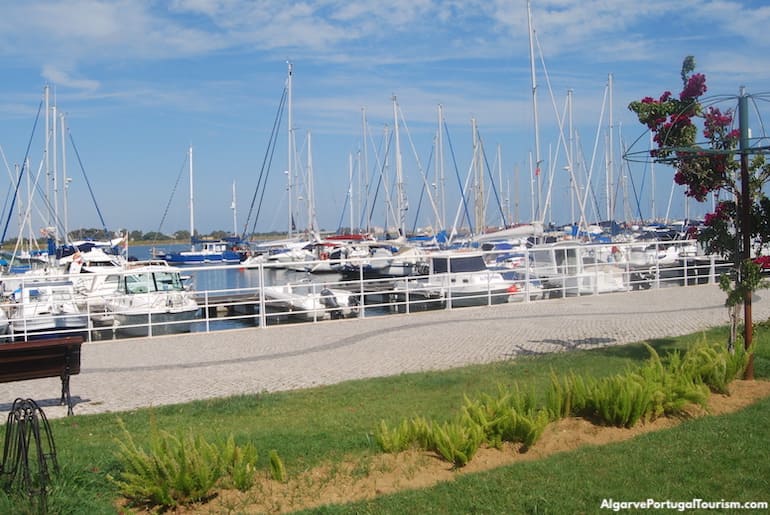 The waterfront promenade (or Avenida da República) is a great destination at the end of your visit. Here you’ll see the harbor and the many boats that cruise the Guadiana River, and the ferries that cross the river between Portugal and Spain (Ayamonte) in about 15 minutes. 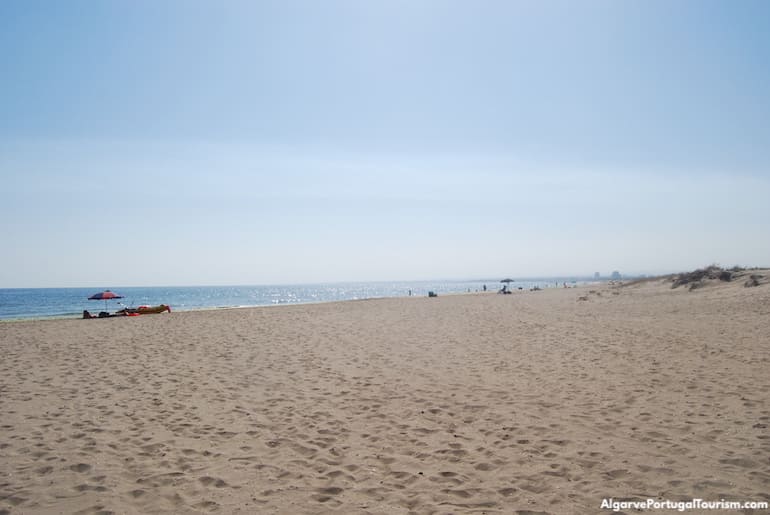 To the south (about a 20-to-30-minute walk down Avenida da República and the riverfront, or a short tourist train ride away in the summer), is Praia de Santo António, Algarve’s easternmost beach, sometimes also called Praia da Ponta da Areia or Praia dos Três Pauzinhos. Surprisingly, not many people come here, so there’s always plenty of space and quiet. Locals and Spanish tourists prefer the livelier beach of Monte Gordo nearby. If you keep walking by the sea, you can reach Monte Gordo in about a half hour. By car or bicycle, it’s about ten minutes. In between is a pine forest named Mata Nacional das Dunas de Vila Real de Santo António, whose three kilometers (close to two miles) are the natural habitat of chameleons and a popular destination for picnics and hiking. There’s also a bike path in the shade of the pine trees. This path (for bicycles and hikers) is known as Caminho dos Três Pauzinhos and is quite a pleasant way to reach the beaches, through the fragrant pine trees and thyme and curry plants.

The beaches have clean, white sand, and the water temperatures tend to be a couple of degrees higher than elsewhere in Algarve. There’s lifeguard supervision in the summer. They’re in a continuous 12km (7.5 miles) stretch of sand, which ends at Cacela Velha and the Ria Formosa Natural Park. While Monte Gordo has a backdrop of high-rise hotels, Praia de Santo António remains undeveloped and is backed by dunes. To the west of Monte Gordo are the family-friendly beaches of Cabeço, Verde, Alagoa, Lota, and Manta Rota.


How to Get to Vila Real de Santo António 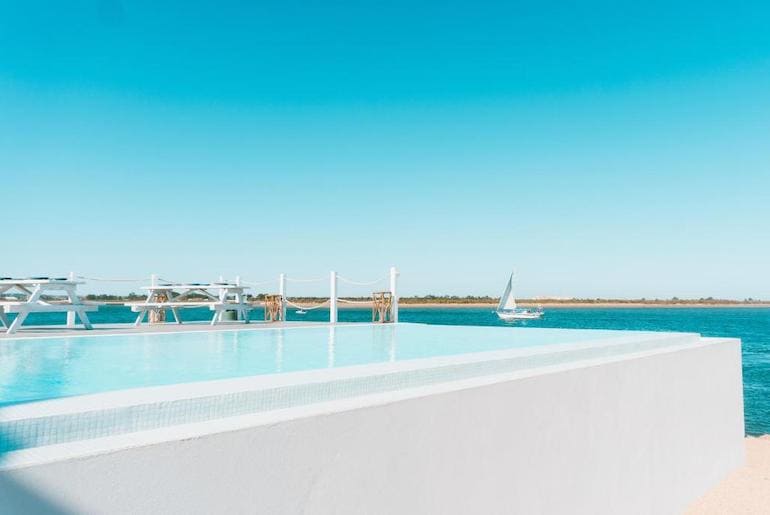 It’s not just the best place to stay in Vila Real de Santo António, it’s one of Algarve’s most beautiful and historic hotels. Built in 1926 and completely refurbished in 2019, its luxurious rooms face the harbor and have a view of Ayamonte in Spain, across the river. Much of the original architecture has been preserved, and the interior is decorated in an Art Deco-inspired style. It’s quite a romantic hotel, with just 30 rooms, a bar, and a sophisticated restaurant. Down the road is its “beach club,” where guests relax by an infinity pool or enjoy more drinks and meals at a laid-back restaurant. 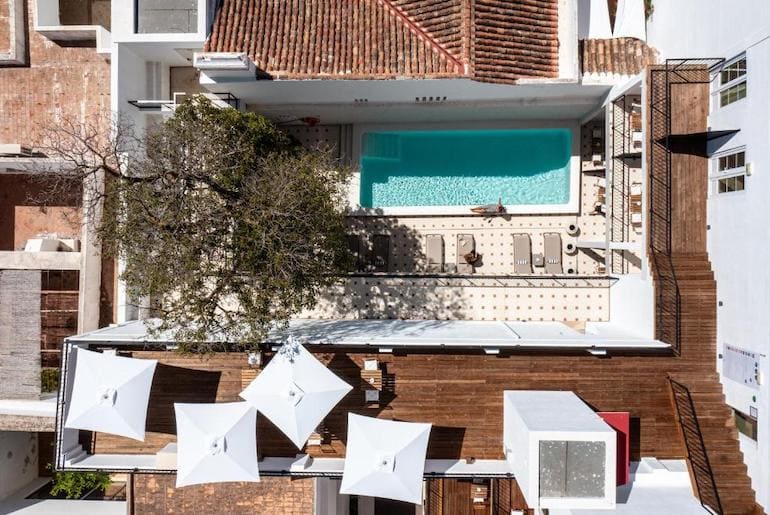 Occupying four buildings in the main square, this hotel has a total of 57 contemporary-styled rooms of different sizes, three pools (one of them on a rooftop), a bar, and a restaurant. 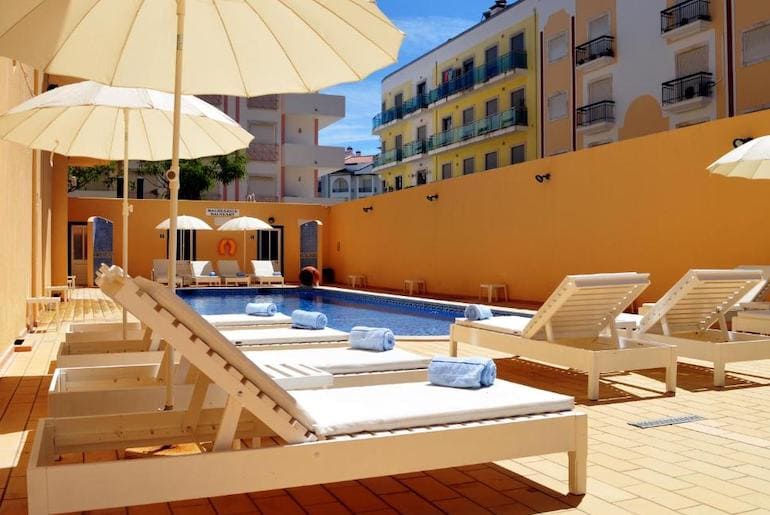 This highly-rated 3-star hotel is centrally-located and offers clean, spacious rooms with balconies. There’s no restaurant but it does serve breakfast. Best of all is the outdoor pool. 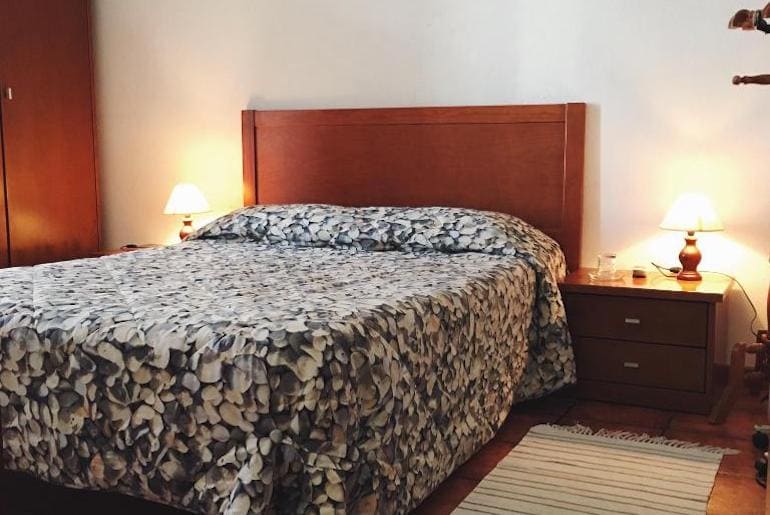 If you’re on a budget, stay at this guesthouse located on a pedestrian street between the main square and the waterfront. It’s quite basic but a good value. Some of the rooms have a balcony with river views.