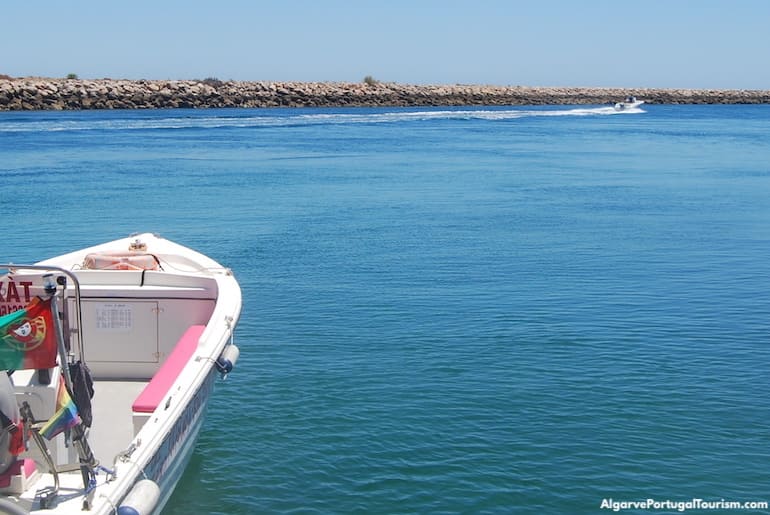 Unlike other famous European beach destinations, such as Ibiza and Mykonos, Algarve hasn’t established itself as a popular gay destination. However, LGBT travelers looking for a place where their rights are protected and where they can find like-minded people, should definitely consider it. Portugal is one of the world’s most gay-friendly countires, with anti-discrimination legislation and equal marriage and adoption laws. In general, the people of Algarve are very welcoming, and gay couples shouldn’t encounter any problems when it comes to booking double rooms or enjoying a day at the beach.

Obviously, gay tourists will enjoy any of the beaches in Algarve, but there are a few which have been known to attract the gay community over the decades. These were and are the most secluded ones, but, unlike Beach 19 on the Lisbon coast, none are frequented almost exclusively by the LGBT community. Open-minded straight couples now join the gay crowds in the sunworshiping and enjoyment of the natural scenery -- these “gay beaches” are some of the most beautiful in Portugal.

Alvor, Lagos and Tavira are where gay travelers will want to stay, as these are the towns with the gay-friendly beaches: 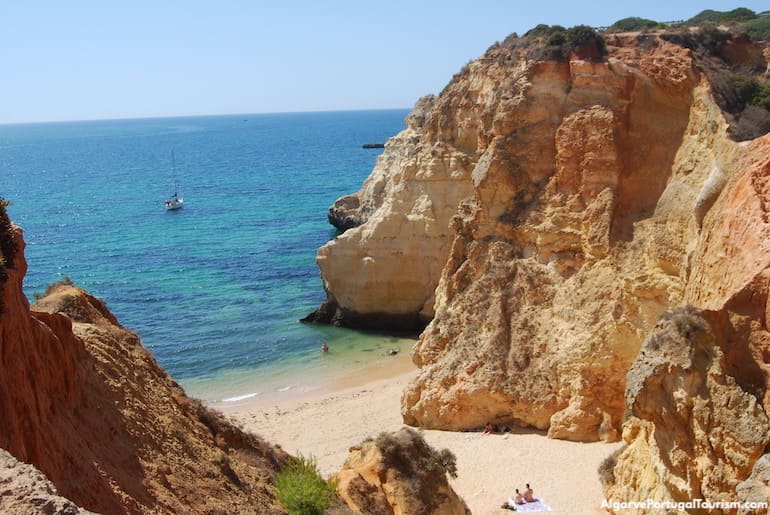 Once a well-kept secret and almost exclusively gay, this stunning beach is now a naturist’s paradise attracting as many straight people as gay. Hidden at the bottom of a pine-covered headland, it has two sides separated by a cliff and linked by a tunnel carved by nature. After carefully following a trail down the cliff, you arrive at the western side. This is where most people stay, sunbathing or swimming nude. You shouldn’t leave without checking out the eastern side, as it offers beautiful views of the coast all the way to the city of Portimão. Before or after your day at the beach, also take some time to admire the view from the clifftop. The rock formations, the views, and the atmosphere make this one of the most romantic beaches in Algarve. 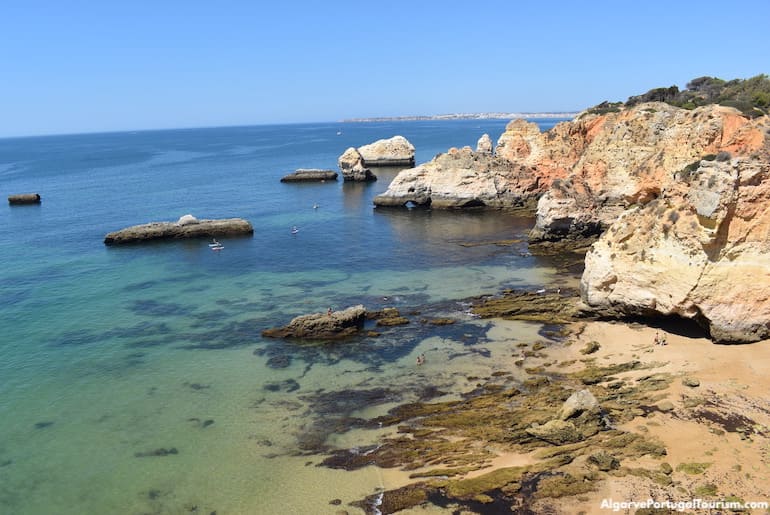 When Praia de João de Arens is too crowded, many people head to this neighboring beach. That is, if the tides allow them. Named after a submarine-shaped rock emerging from the water, it’s another beach hidden at the bottom of a cliff, but it disappears at high tide. It remains a secret, and you won’t even find it on most maps. Gay men discovered it, but straight naturists have followed them. It’s quite beautiful when seen from above, so it’s very disappointing when the tides prevent access. Up close, the rock formations are even more spectacular, and when the tide is right, arches and other openings lead to hidden caves. 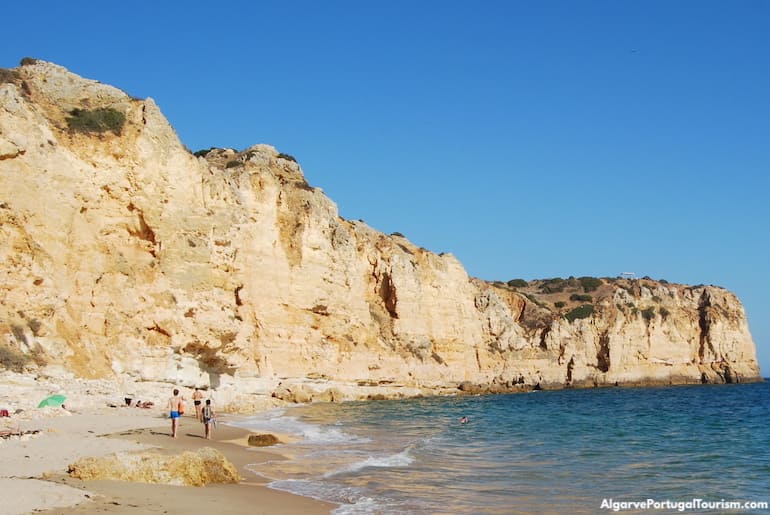 This secluded beach was one of the first to attract the gay community in Algarve. On a typical summer day, gay men make up about one third of the people sunbathing here, many of them in their birthday suits. Because you have to follow an unmarked path and steps down a cliff, only the young and bold tend to come here. It’s a long but narrow beach, and loses much of its space when the tide rides.

Location: Lagos
Where to Stay: Canavial I & II Apartamentos

See the Praia do Canavial Guide. 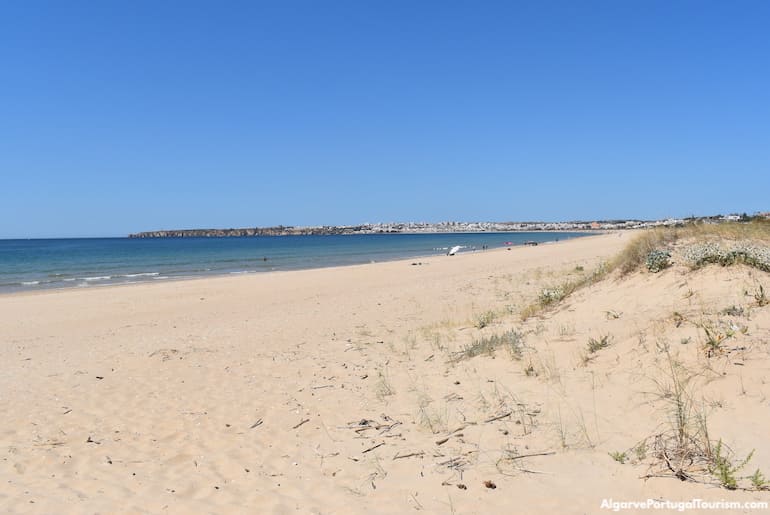 It’s one of the biggest and most crowded beaches in Algarve, so it might be surprising that the gay community chose it as a favorite. When you arrive, you’ll see that its white sand stretches for kilometers, and it’s on the more deserted eastern end that you find the LGBT sunbathers. This section is sometimes called Praia do Vale da Lama, but it’s really the same beach as Meia Praia. According to the Portuguese Naturist Federation, it’s an unofficial nude beach. The western and middle sections are frequented by local families, as they have the convenience of parking lots and restaurants, as well as lifeguard supervision. There are no facilities of any kind at the “gay” section. 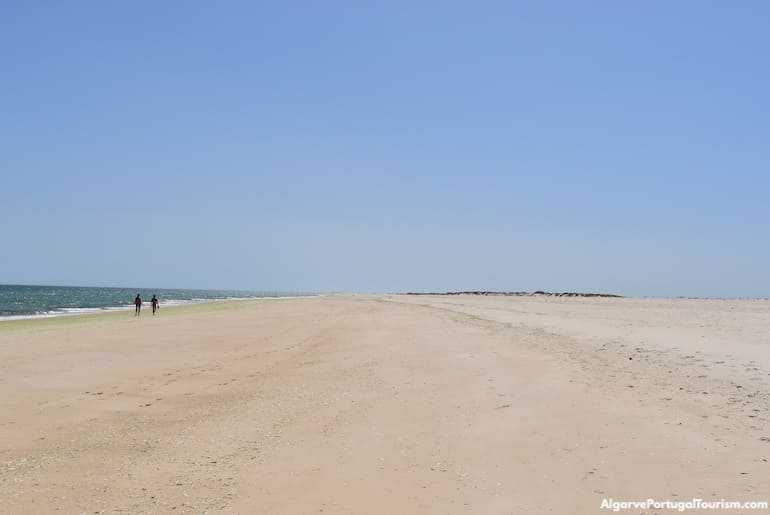 “Naked Man Beach” got its name from a man who was the sole survivor of a shipwreck and swam to this beach with no clothes on. Because of the name or, more likely, because of the remote location, it’s an official nude beach. It’s on an island by the city of Tavira, and to reach it you have to first go to another beach (Praia do Barril) and then walk to the right (when facing the sea) for about 20 minutes. Even before it was made official, in 2004, this was already a nude beach (since at least the 1980s) and popular with gay men, local and tourist (mainly Brits, Germans and Dutchmen). Nowadays, there are more straight naturist couples than gay men, and sometimes it’s practically deserted. 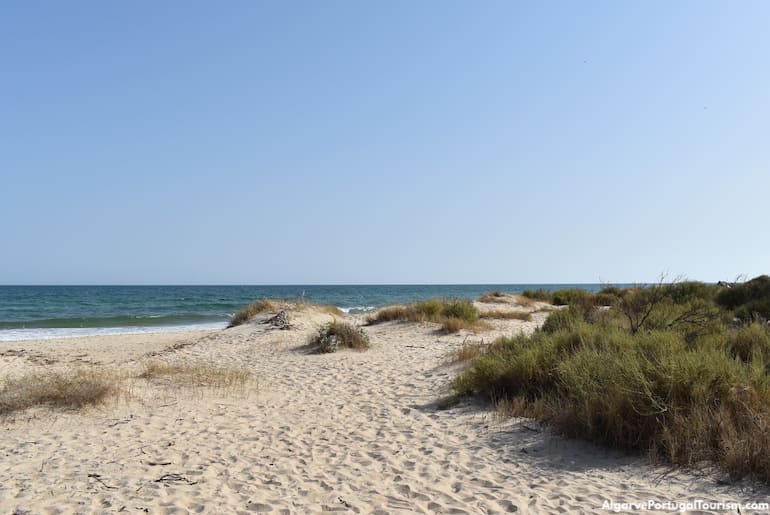 In the past, a wild beach located between Cacela Velha and Manta Rota was accessible via Cacela Velha, but an inlet opened in 2010 cut off this access. Therefore, in order to get there, you now have to go to Manta Rota Beach and walk about 20 minutes to the west (to the right when facing the sea). Manta Rota is very popular with families and at first sight doesn't seem very gay-friendly, but in the wildest part to the west it’s almost deserted and frequented by just a few naturists and gay men. It has a beautiful landscape of dunes covered with Mediterranean vegetation, and where the sand ends you have a view of the village and beach of Cacela Velha.