Algarve in Winter and the Off-Season

Where to go in the cold months in Algarve 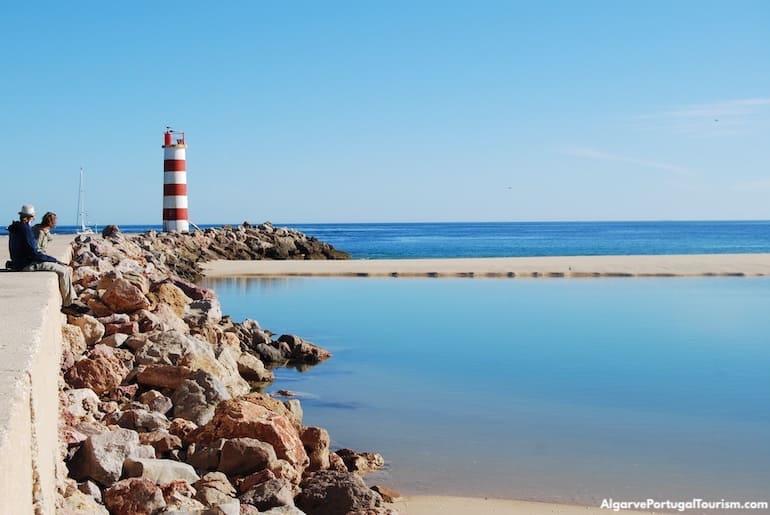 Algarve is not a winter beach destination but is visited throughout the year by many Europeans looking for higher temperatures and less rain. Many of them are golfers who just stay at the resorts for a few days, while many more are surfers, who explore the coast hoping to find the perfect waves. Autumn and winter are actually the best times for surfing, on Costa Vicentina.

Photographers and hikers also prefer the off-season (especially the spring) to admire the rock formations, caves and beaches without the crowds and with milder temperatures. The region has a Mediterranean climate, with warm summers and temperate winters with low precipitation, and a high number of sunshine hours. The rainiest months are November, December, January and February, but there can also be bright and sunny days for outdoor activities. If you choose Algarve as your destination for the colder months, this is where you should go: 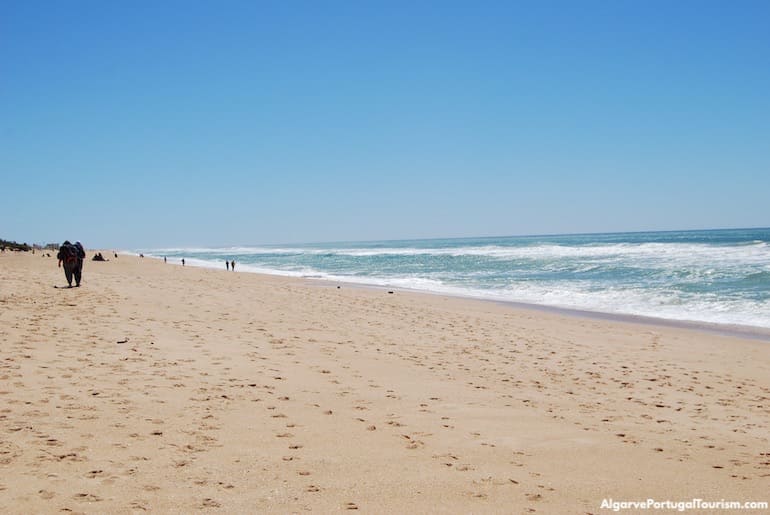 Algarve’s capital is a great year-round destination, as it offers the region’s most important cultural attractions. Its walled Old Town has a 13th-century cathedral and the Algarve’s richest museum housed in a 16th-century convent, while outside the walls is a baroque church with a gold-filled interior and a curious chapel covered with human bones. If it’s a sunny day, take a ferry that operates throughout the year to the islands of the Ria Formosa Natural Park. It will be too cold to take your bathing suit, but you’ll enjoy walking around Ilha Deserta, the deserted island which has nothing but a solar-powered restaurant, which is perfect for a meal surrounded by nature. You can also head to Estoi, a small village outside Faro, which is home to the ruins of a Roman villa. From there, you can walk up the road to Estoi Palace, which is the prettiest building in Algarve. Built in 1782 as the home of a wealthy family, it is now a hotel, but it’s open to anyone wishing to see its beautiful rococo interior and romantic Versailles-inspired gardens. Alternatively, head to Olhão, a town famous for having the largest fish market in Algarve. 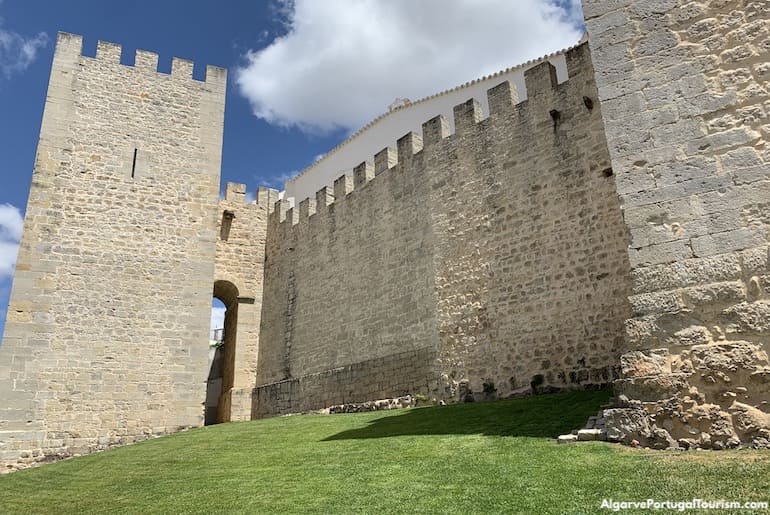 Loulé isn’t far from Faro (it’s about 20 minutes away), and is known to host one of Portugal’s biggest Carnival/Mardi Gras festivals. It takes place in late February or March, but even if you’re not in town at that time, there are still reasons to visit. It has one of the best-preserved castles in southern Portugal, a very popular market, and the region’s most impressive monument nearby -- Igreja de São Lourenço (“Church of Saint Lawrence”) in Almancil. It’s a small church but with an extraordinary interior, considered a masterpiece of Portuguese art and one of the finest examples of European baroque and tile art. It’s completely covered with blue-and-white tile panels from 1730 from floor to ceiling, including the small cupola, unique in the world. The coast close to Loulé is home to the most luxurious resorts in Algarve -- Quinta do Lago and Vale do Lobo -- which attract golfers throughout the year, due to their world-class courses. 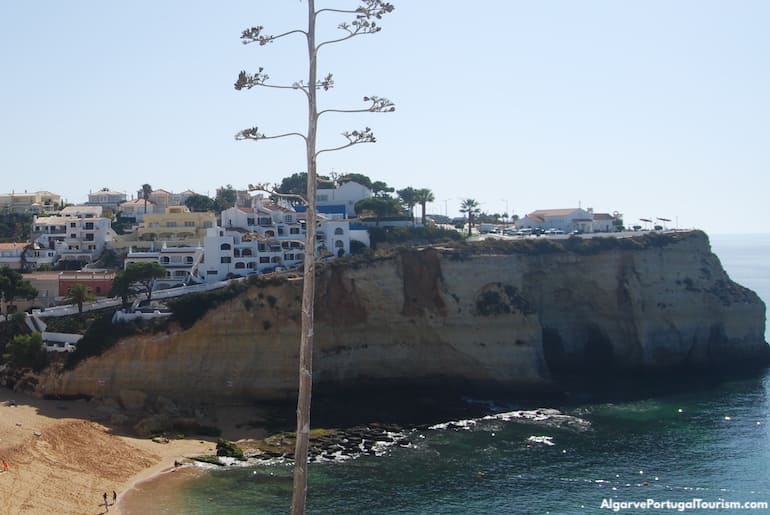 If you just want to relax by the sea, in a place that preserves much of the charm of a traditional Portuguese village, choose Carvoeiro. While it’s a lively place in the summer, it’s very quiet in winter, and the gateway to Algarve’s most breathtaking coastline. Hikers, or simply those who enjoy natural scenery and photography, will want to follow the Seven Hanging Valleys trail, which goes through some of Europe’s most beautiful beaches, magnificent rock formations and caves, golden cliffs and Mediterranean flora. It’s one of the most unforgettable activities in Algarve, and can be experienced throughout the year, as long as it doesn’t rain. In the area is one of Portugal’s most famous natural wonders, the Benagil Cave, which can be visited in winter, when the sea isn’t too rough. 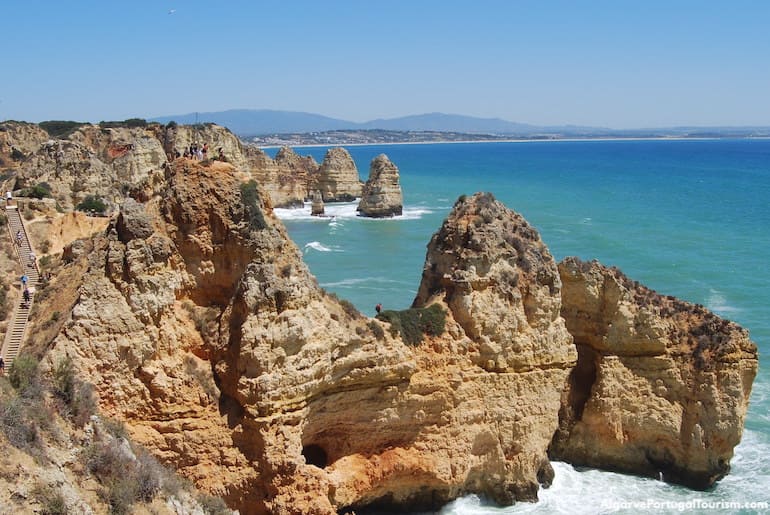 Lagos is one of Portugal’s most popular summer destinations due to its stunning beaches found right in the center, between cliffs of incredible shapes and golden shades. In the winter, you won’t be doing any swimming and sunbathing, but you’ll still enjoy walking over the cliffs of the Ponta da Piedade headland and can take boat tours for close-up views of the rock formations. If you’re lucky, you’ll get to meet dolphins along the way. In the town, you can visit the haunting Slave Market (site of Europe’s first African slave trade) and one of Algarve’s most beautiful churches, connected to an interesting museum that tells the story of Lagos, including its fascinating role in the Age of Discovery. 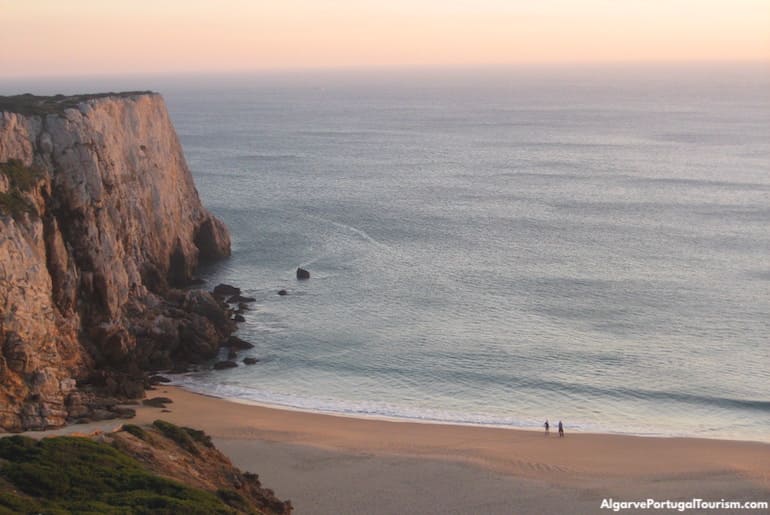 A trip to Lagos can be combined with a visit to Sagres, a windswept town on the southwesternmost tip of Europe that was once known as the end of the world. It has many beautiful beaches, but you’ll always find more surfers than sunbathers, even in the summer. The waves are actually better for surfing in autumn and winter, especially those facing west, part of the wild Costa Vicentina. If you’re not a surfer, there’s still a major reason to go -- a fortress from 1453 that’s now the most visited monument in Algarve. Built to protect the southern coast of Portugal, it was where Prince Henry the Navigator spent much of his time planning the voyages of the so-called Age of Discovery. Now classified as a European Heritage site, it stands on a promontory that does have an “end of the world” feel. Nearby is Cape St. Vincent, with a lighthouse marking the southwestern edge of Europe. 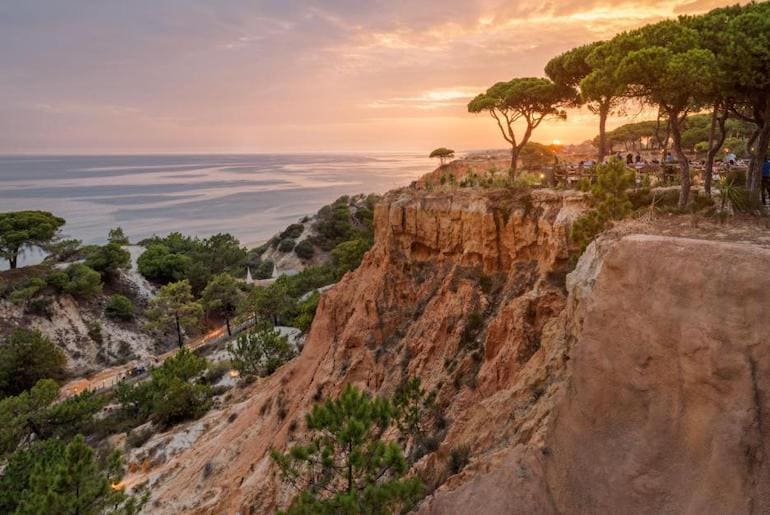 Albufeira is Algarve’s top summer destination, and it can also be considered for a few days in the winter sun. It has some excellent resorts for a romantic winter getaway, such as Pine Cliffs (one of Portugal’s most luxurious, with a fabulous spa, several restaurants and golf and tennis courts) and the exclusive Vila Joya (with a splendid seafront location and a 2-Michelin star restaurant). The view over Praia da Falésia from the top of the cliff should not be missed, and if you’re in town at the end of the year, you can catch one of Portugal’s biggest New Year’s Eve celebrations on the beach in the center of town.